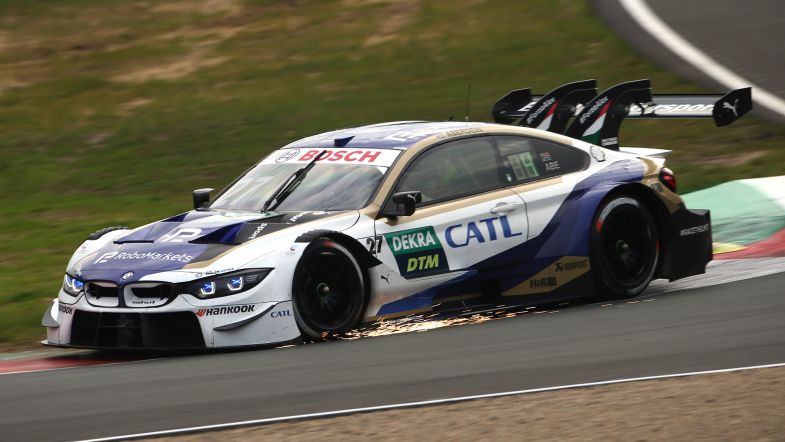 Jonathan Aberdein: “We got the best possible result”

Team RMR’s Jonathan Aberdein was the fastest and best-placed driver for BMW Motorsport on Saturday at Zolder, with the South African claiming fourth place in tough conditions for the Bavarian manufacturer.

Aberdein was bumped from the top-three on the grid at the last moment by Audi Sport Team Abt Sportsline’s Robin Frijns, with the South African starting from fourth on the grid.

The Team RMR driver pitted at the end of lap eleven, making his way up through the field and spent the latter part of the race putting the pressure on WRT’s Ferdinand Habsburg, but unable to make a move on the Austrian.

“It was a good race for us,” said Aberdein after the race. “We started from fourth position and were still in fourth as we crossed the finishing line, just a few seconds behind third place.

“I think we recorded the best possible result and have to be pleased with that. It was still a very big gap to first place, so we still have some work to do ahead of tomorrow’s race to improve the car and record as good a result as possible.”

“After qualifying, it was clear that the race would be hard work,” he said. “The cold temperatures are a real challenge.

“Jonathan did very well. Driving close behind another car for such a long time is tough on the front tyres. We have known that for many years in the DTM and today we saw that again. Congratulations to Jonathan on his fourth place. That is a very good result for him. He’s on an upward trajectory at the moment and I hope that he will make more progress tomorrow.”