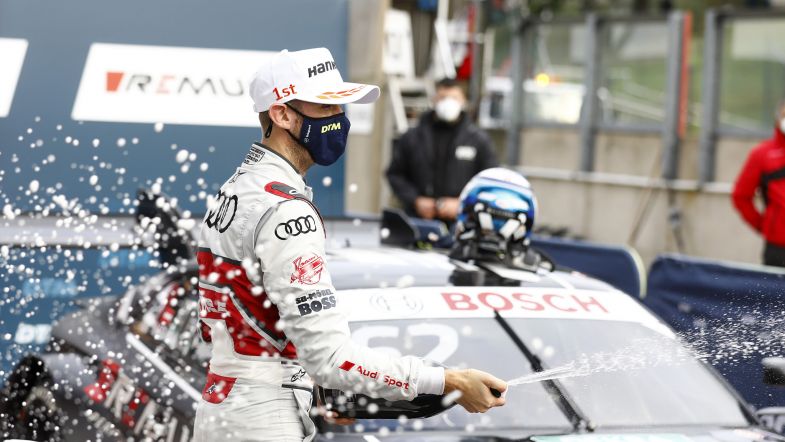 Audi Sport Team Rosberg driver has with his third consecutive victory of 2020 claimed the DTM championship lead with just three races to go of the season.

Rast started the Zolder race from pole and kept the lead from start to finish, despite pressure from Robin Frijns after the pit stop.

“I made another good start and I could defend P1,” added the Team Rosberg driver. “Then Robin tried to get at me after the pit stop but I could defend from him.”

Rast scored his fifth victory of the season and has claimed the lead on 277 points, ten ahead of Nico Müller, who finished sixth, and 15 over Frijns.

“It’s quite incredible, to be honest,” Rast said after the race. “Eight days ago, we were 47 points behind and, within three races, we have turned the tables around, I’ve never experienced anything like this.

“There are just three races to go and now, if any of us scores zero points, we lose the trail of the championship, so we cannot make any mistakes,” concluded Rast.