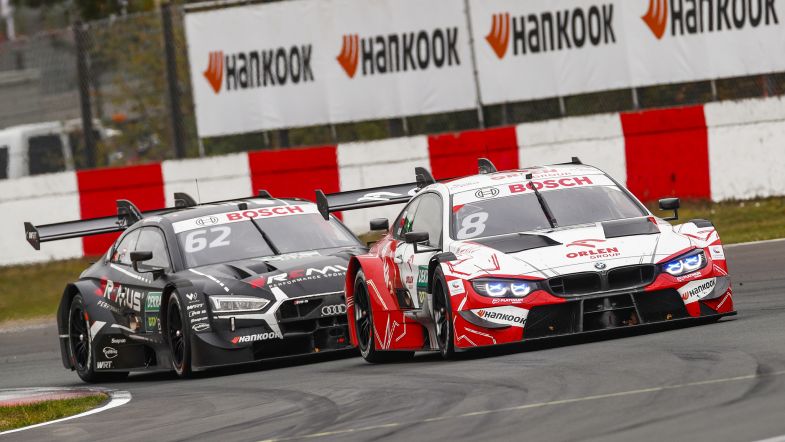 ART Grand Prix’s Robert Kubica claimed his first DTM career podium on Sunday at Zolder after driving a conservative race and saving his tyres to get to the finishing line.

Kubica had to retire from Saturday’s race with a technical issue in a cylinder, leading to an engine change in the Polish driver’s M4 DTM.

“All year we’ve been quite far back,” said Kubica after the race. “Yesterday, for instance, I had to retire, and the guys spent a lot of time trying to identify the issue and ended up changing the engine.

“This morning I didn’t quite feel comfortable, but we worked through the day and what we have now in the car is better.”

The Polish driver qualified in tenth place and was able to avoid the first lap incident to climb up to sixth place in the early stages. Kubica was the last driver on track to change tyres at the end of lap 18, which didn’t guarantee having better tyres at the end of the race.

“Everything worked out pretty well,” added Kubica. “At crucial moments we had reasonable pace. It wasn’t easy to keep the tyres alive, and I knew the tyres would not last. I warmed up my tyres during my out lap to bring them up to temperature and open a reasonable gap.

“We had an issue with the pit stop which probably nobody saw: the lollipop didn’t go up, so I had to accelerate and go, otherwise I would probably still be there waiting for it to go up.

“We had a moment with Timo (Glock, Team RMG) and then there was the overtake to Ferdinand (Habsburg, WRT) but, other than that, we had quite a tidy race,” concluded Kubica.

Kubica now has 16 points in the championship, with no clear plans for next season as the DTM is changing to new technical regulations.

“It’s been a difficult season the DTM it’s not easy, specially with me being a rookie with a rookie team,” he said.

“For next year it’s difficult to say, the DTM will change its DNA but I hope it stays as high level as possible.”