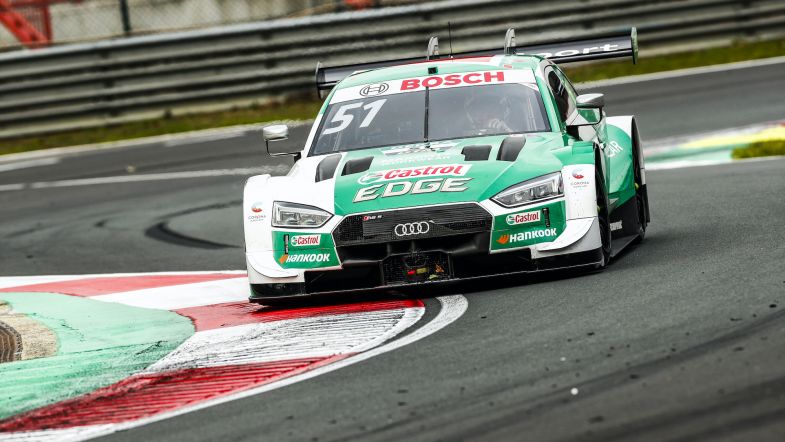 Title hopeful Nico Müller led the way in Friday’s second free practice session ahead of the DTM season finale at Hockenheim, setting the fastest lap of the weekend to date in the process.

Müller, who trails fellow Audi driver René Rast by 19 points with just two races left to run, headed an Audi 1-2-3 on the times – with the leading trio in the half hour long session covered by less than a tenth of a second.

The Swiss star’s best time of 1:29.218 was good enough to edge out the two Audi Sport Team Rosberg cars of Jamie Green and Rast, with Green just 0.080s off the pace and Rast only 0.016 further back in third.

BMW produced a more encouraging performance than in FP1 as Timo Glock slotted into fourth spot, albeit with a best time nearly half a second off the pace, with the former F1 racer followed by Sheldon Van de Linde and Marco Wittmann.

Having paced the opening session, Mike Rockenfeller was seventh quickest from Robin Frijns; the third title contender having moved up the order after struggling for pace in the first session to end towards the bottom of the times.

In total, just over a second and half covered the full 16 car field ahead of qualifying one on Saturday morning at 10:30 local time.