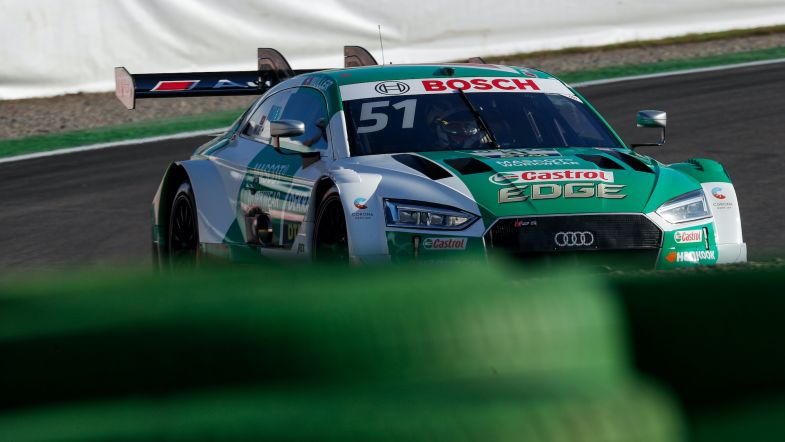 Nico Müller: “I have nothing to lose”

Nico Müller insists that he will have “nothing to lose” on the final day of the DTM season after closing to within 13 points of leader René Rast after the penultimate race of the Class 1 era.

Müller qualified second behind his fellow Audi driver but emerged on top of a titanic fight between the pair to secure a critical win that keeps his title hopes very much alive.

Had he taken second behind the defending champion, Müller would have dropped to 27 points off the lead with a maximum of 28 available, with the Swiss star admitting it had been a stressful race as a result.

“Considering the circumstances and knowing what was on the table make it more stressful,” he said, “but I tried to enjoy it as much as I could as those are races you look back on and think ‘wow’. It was a mega race and to keep the championship open makes me very happy.

“To go out there and have the chance to make a dream come true tomorrow is something big for me and it motivates me to try and make it happen. I’ll sleep well tonight and then give it my all tomorrow as I have nothing to lose. I don’t have to worry about conserving a lead as the hunter, I can just go all in and see what happens.

“Tomorrow will be the biggest day of my career, and I’m going to try and enjoy it.”