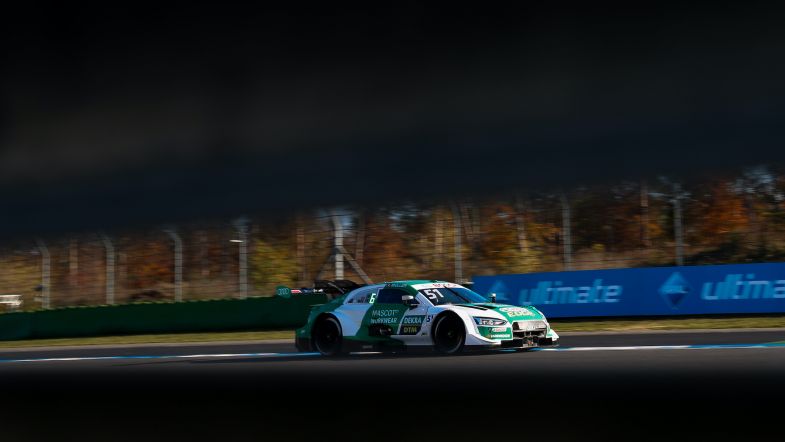 Title rivals René Rast and Nico Müller have both insisted they are ready for battle in race one at Hockenheim after a closely fought battle for pole in the opening qualifying session.

Rast held a 19 point lead over fellow Audi driver Müller heading into the weekend as he looks to secure a third DTM title, having moved into the championship lead thanks to a fine run of form across the two meetings at Zolder – where he won all four races.

Saturday morning’s qualifying session saw the pair in a class of their own at the front of the field, with Rast setting the quickest lap of the weekend so far on his first run, only for Müller to then close right onto his tail in the closing moments.

Rast ultimately improved again on his final lap to edge pole by less than a tenth of a second and snared the additional point for pole to move 20 clear in the standings and put himself in an even stronger position going into race one, where he could snare the title if results go his way.

“Obviously I want to win the race for the championship, and also to move ahead of Mattias Ekstrom [to become the most winning Audi driver in the series],” he said. “However, the focus has to be to stay ahead of Nico and if we do that with a win then it is perfect. Even second behind him would be okay, but I’m just happy to be on pole.”

Müller meanwhile insisted he was ready to come out fighting in the opening race to keep his championship bid alive.

“The first row is a good starting point; it’s just not so nice that René scored a point more than me,” he said. “I would have preferred to reduce the gap, but he deserve the pole.

“I just missed out on that little bit of luck but the race will be long, and the goal is to win this afternoon.”