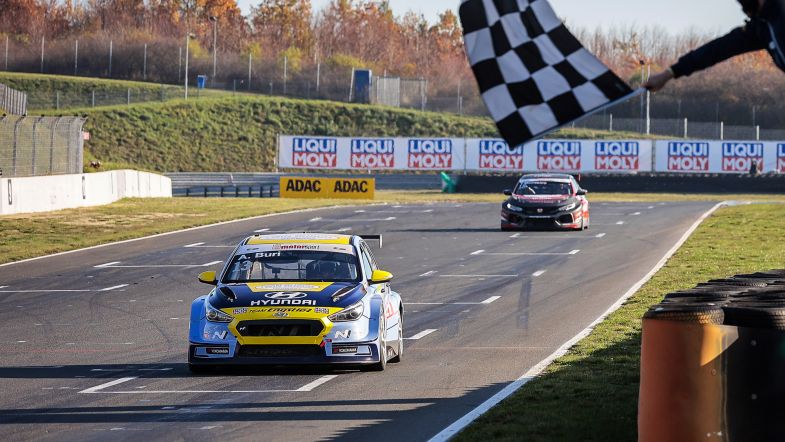 Hyundai driver Antti Buri claimed the 2020 TCR Germany title in the season finale at Oschersleben, his fifth season in the championship.

“I am overjoyed and super, super happy that I have finally won this title. We will now enjoy it to the full,” said Buri.

The Team Engstler driver beat Harald Proczyk by a mere three points after an eventful last race of the season where he finished third.

And the HP Racing driver, who headed the standings ahead of the season finale, praised his Hyundai colleague.

“Antti deserved to win the championship,” said Proczyk. “It was always fair and exciting racing with a deserved champion.”