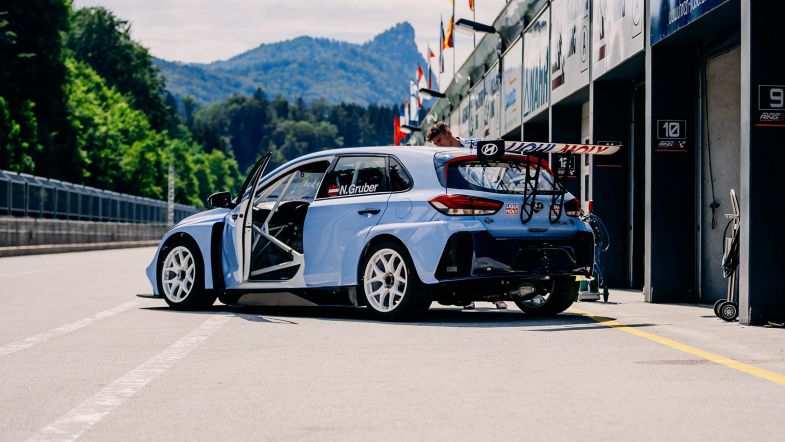 “Our goal is to claim a hat trick and we are well positioned with our driver pairings,” said sports and marketing director Kurt Treml.

The team has claimed the past two TCR Germany drivers’ titles with Max Hesse in 2019 and Antti Buri in 2020.

Luca Engstler returns to the championship after racing in the WTCR with the team last year, finishing 16th overall.

“ADAC TCR Germany is one of the best platforms for driving touring car races,” he said. “I want to drive as much as possible this year, so it’s great that I can compete there in addition to my commitment in the WTCR.

“After the 2018 championship was missed, I want to fight for the title. It won’t be an easy task because the series is very competitive. You have to work hard, but you also need the necessary racing luck. Of course, I would also like to support my team-mates with my experience – on and off the track – and advance the whole team.”

Gruber raced for the team in TCR Germany last year, finishing eighth overall with one victory.

The 60-year-old Hertner returns to the team, having raced in the now-defunct ADAC Procar championship for the them previously, claiming the 2010 Division I title behind the wheel of a BMW 320si E90.