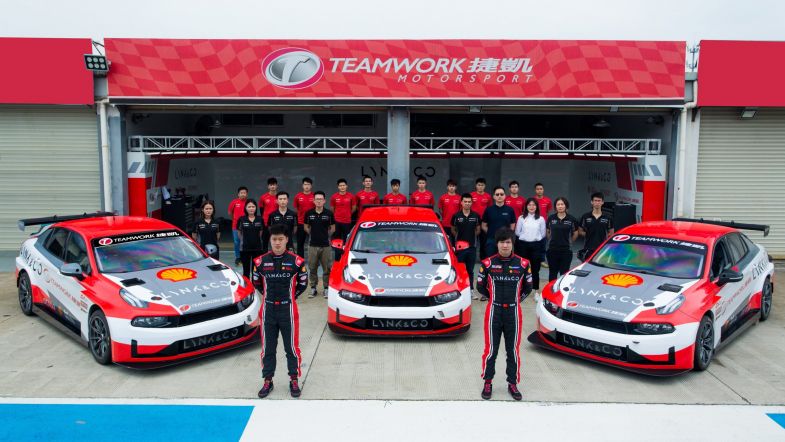 Teamwork Motorsport has confirmed that it will run a three-car programme in the 2021 TCR Asia series, which is scheduled to kick off at the Shanghai International Circuit early next month.

The team, running under the Shell Lynk & Co Teamworks Racing banner, will compete in the Asian series this year on the back of a successful 2020 campaign in TCR China, where it secured the championship title with former WTCR racer Ma Qing Hua.

Ma will return once again at the wheel of one of three Lynk & Co 03 TCRs being entered under the Shell Teamwork Lynk & Co Racing banner, with his target being to challenge for further title success.

“2020 was a great year for me to win the TCR China title with Shell Teamwork Lynk & Co Racing,” he said. “It feels good to be back to defend my title, but also to work with the team and my new team-mates to go even better this year and fight for the teams’ and manufacturers’ trophies as well.

“We know the competition will be tough, but with one of the best teams in China, and perhaps the best touring car out there, I know we have a good shot.”

Ma will be joined in the line-up this season by Jason Zhang and Sunny Wong, both of whom competed with the team in last season’s TCR China finale on the streets of Macau.

There, Zhang secured victory in the historic Guia race and he will hope to build on that victory to fight towards the sharp end of the grid.

“It’s a great opportunity for me to contest the whole season with Shell Teamwork Lynk & Co Racing,” he said. “I’ve come close to winning a few touring car titles in China, but have just missed out each time, but the momentum will be with me after winning Macau.

“The Lynk & Co 03 is an amazing touring car, and the TCR China and Asia series are now the most competitive touring car categories in the region, so I’m relishing the opportunity to be a part of it.”

Wong meanwhile finished second to Zhang in Macau and will be embarking on his first full season of competition since winning the 2018 TCR China title in a Teamwork-run Volkswagen Golf.

“To miss out on a year of racing last year was tough, but it was really exciting to get to be back in the car at Macau, and to pick up a podium in what’s probably the toughest touring car race in the world was a great achievement for me,” he said.

“I’ve also never had the opportunity to return to the TCR China championship to defend my title from 2018. Since then, the championship has become even more competitive, to it’ll be an exciting challenge to be a part of the Shell Teamwork Lynk & Co Racing programme this year.”