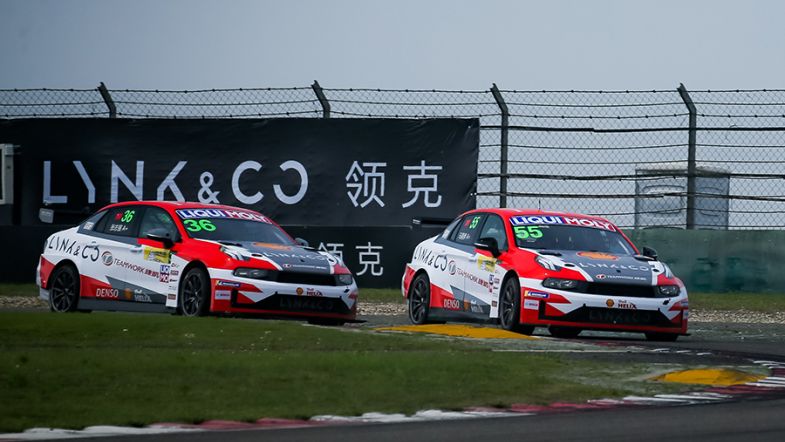 Yang Xi started the race from the reversed grid pole position for Huffsport TM and claimed the lead ahead of MG driver Rodolfo Ávila.

Ávila’s MG XPower team-mate Zhang Zhen Dong made a pass for second place early in the race, with Lynk & Co driver Zhang following past not long after.

Zhang Zhen Dong and Zhang then fought furiously for second place, with Hua reeling in the duo, making it a three-car fight.

Zhang and Hua then chased down leading driver Xi, getting past with just two laps left of the race.

Zhang then held the lead until the final corner on the last lap when he ran wide, allowing Hua to get past and win the race.

The next race weekend, again held together with TCR China, will take place on June 11-13 at the Zhouzhou International Circuit.