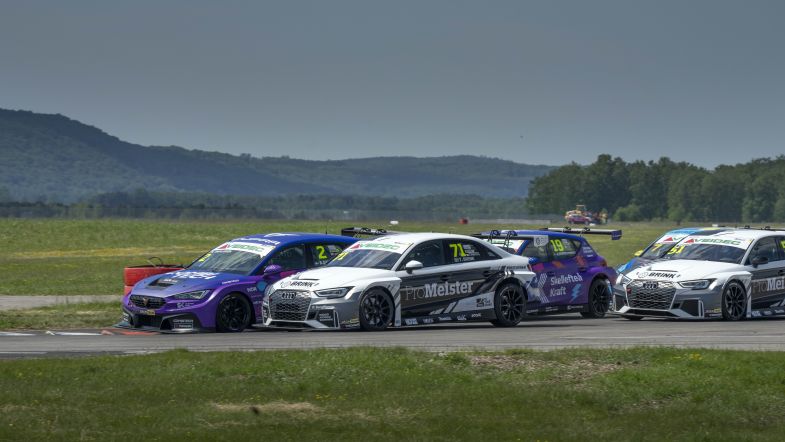 Robert Dahlgren “over the moon” after dominant Ljungbyhed showing

Robert Dahlgren sent a clear message to his opponents in the STCC TCR Scandinavia opening weekend at Ljungbyhed by claiming two poles, two wins and a podium finish.

“I’m over the moon. It was just an amazing weekend for the team,” said Dahlgren.

“I can almost not be more happy over how we have started the season. And we’re definitely headed to my home race in Skellefteå strongly.”

Main rivals Oliver Söderström of Lestrup Racing Team and Tobias Brink of Brink Motorsport had a mixed weekend and trails Dahlgren by 17 points, sharing second place in the championship.

“It has been a good weekend that I feel rather pleased with, especially as we anticipated that this circuit would not really suit our car,” said Söderström.

“We still lack some in qualifying that we need to improve, but I am confident that we can do that in the coming races.”

Söderström and Brink had a tussle in the first race that ended in the hands of the stewards, but Brink bounced back for the second race where he finished second. The Audi driver was however disappointed.

“We wanted to be at the top step of the podium but couldn’t match Robert’s pace. We need to head home and do our homework and improve for the coming races,” said Brink.

The next STCC race is held at Skellefteå on June 18-19.