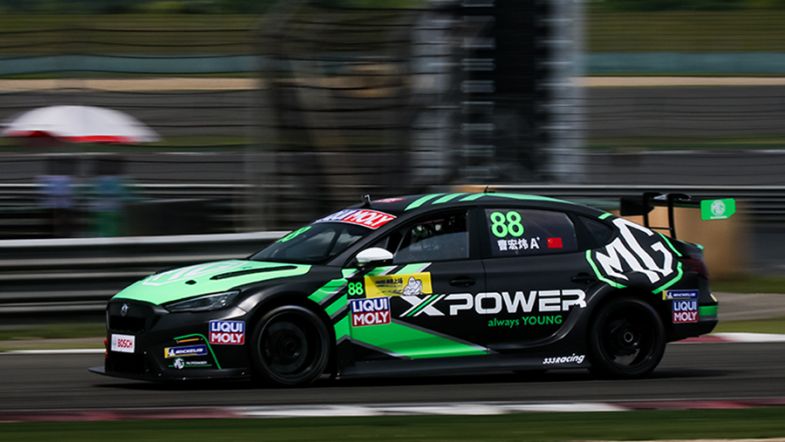 Cao had finished fourth overall and second amongst the TCR China entrants in the rain affected race, but benefitted from a penalty for fellow MG XPower racer Rodolfo Avila.

Avila had taken the chequered flag in second position behind the Lynk & Co of Jason Zhang but was handed a ten second penalty for overtaking behind the safety car.

The penalty dropped him to fourth overall and second in TCR China, with TCR Asia leader Ma Qing Hua promoted up from third place overall as a result to secure three more championship points.