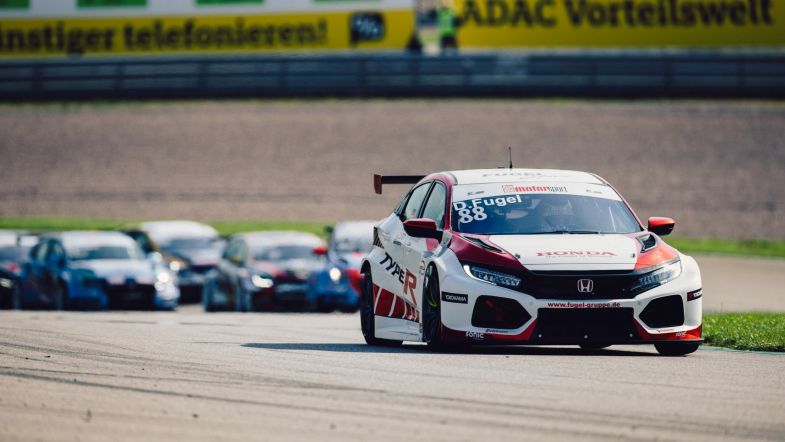 Dominik Fugel kept up his superb form at the Sachsenring by claiming his second successive TCR Germany pole position of the weekend.

The Honda driver, who won Saturday’s opening race from pole, set a best time of 1:26.435 to end up over two-tenths quicker than the Team Engstler Hyundai i30 N TCR of Nico Gruber.

Gruber’s team-mate Luca Engstler, who lost a valuable chink of his points lead following a disastrous opening race of the weekend, was third quickest.

Fugel was the driver to beat all session, having initially posted a time of 1:26.906 but that effort was quickly beaten by Martin Andersen by a mere two-hundredths of a second.

Andersen then held provisional pole position for the majority of the 20-minute session, but Fugel returned to the top with around five minutes left to run.

Gruber improved to second ahead of Engstler, while Andersen slipped down to sixth by the end, as Marcel Fugel and Christopher Röhner each found time in the closing stages to make it three ADAC Sachsen Honda Civic Type-Rs in the top five.

Jonas Karklys (NordPass Hyundai i30 N TCR) and ROJA Motorsport’s Robin Jahr completed the top 10, while it was another difficult session for Eric Scalvini, who only managed 13th.