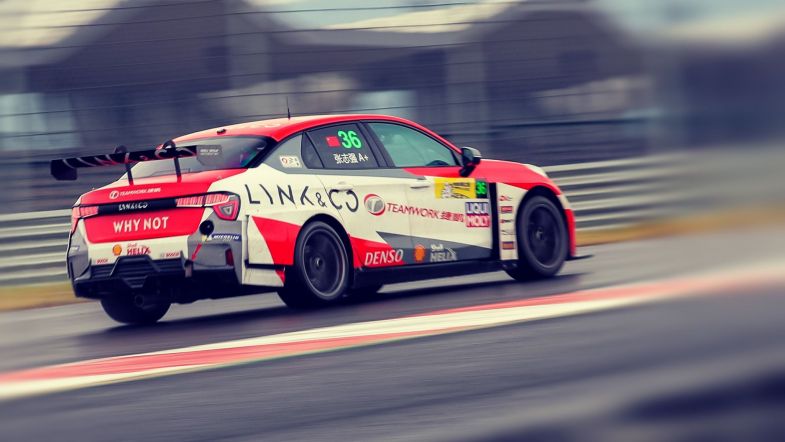 The Lynk & Co driver started the first race from pole and headed the field from lights to flag.

Ávila managed to get past to finish second while Zhang Zhen Dong retired due to a suspension issue.

The race was interrupted by a safety car period following an incident between Ma Qing Hua and MG driver Martin Cao, resulting in a damaged suspension and retirement for the MG driver.

Jason Zhang won the race close to 12 seconds ahead of Ávila and Ma Qing Hua, with Sunny Wong and Audi driver Yang Xiao Wei rounding off the top five of the TCR category.

Jason Zhang then got past Ma Qing Hua and set after leading driver Zhang Zhen Dong, making the move for the lead on lap 11 after a safety car period caused by one of the Super Cup class Volkswagens.

Jason Zhang won the race by close to five seconds ahead of Zhang Zhen Dong and six seconds over Martin Cao in third.

Jason Zhang’s strong result this weekend with three victories in total has brought him up into the points lead, four points ahead of former points leader and team-mate Ma Qing Hua.

The next TCR Asia/China race will take place at Tianma on November 6-7.