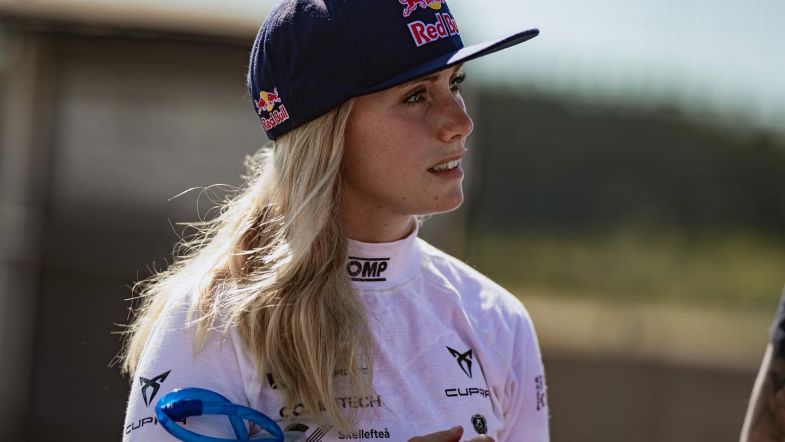 Mikaela Åhlin-Kottulinsky, the first female STCC race winner, has been assigned a new role as development driver in 2022 for a new drivetrain prototype of EPWR.

“I’ve believed in electric racing for a long time and that’s why it’s going to be really rewarding to take on this important role at EPWR,” said Åhlin-Kottulinsky.

EPWR is a project headed by PWR Racing, the team Åhlin-Kottulinsky has raced for in the STCC TCR Scandinavia championship since 2017, that was first unveiled in 2018 with the electric touring car concept PWR 001.

Åhlin-Kottulinsky, who finished as runner-up in 2021, will focus on development on the new drivetrain prototype PWR 002 this year, having previously confirmed that she will not be on the 2022 STCC grid.

“We are happy to continue our successful relationship with Mikaela and to take it to a new level connected to EPWR during 2022 and beyond,” said Daniel Haglöf, founder of EPWR.

“Mikaela has got vast experience of a lot of different race cars and especially electric race cars, something that’s vital for her role in the EPWR project.”

While Åhlin-Kottulinsky will not race for the team in the STCC this year, the 29-year-old hints on a return for 2023.

“A concept like PWR 002 entails a race car which is exciting and challenging to drive, something that will provide spectacular racing,” said Åhlin-Kottulinsky.

“The difference to the race cars of today is vast when it comes to performance and a low centre of gravity due to the batteries.

“The current focus for me is primarily to validate the development that has been done, and to make sure that the technical parts work under the extreme conditions that racing entails. I’m also happy that there already now is a common goal to race together with PWR Racing during 2023 and beyond.”

Few details have been released so far on PWR 002 and the EPWR project, with the company stating that “EPWR will accelerate the development of future race cars when it comes to sustainability and performance” and that further details will be revealed “soon”.