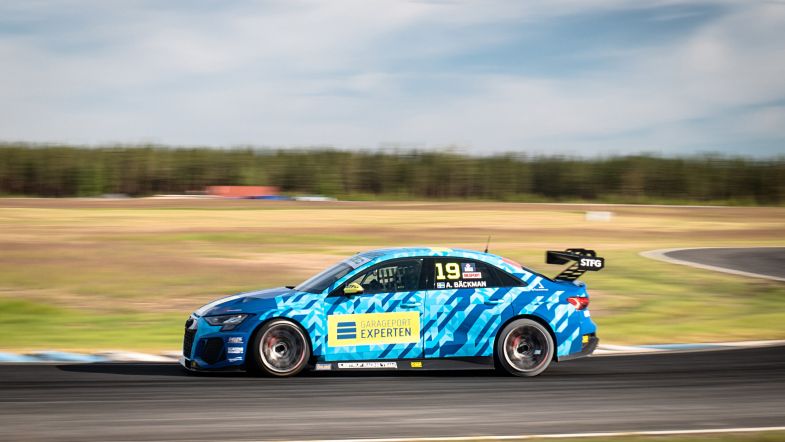 The STCC TCR Scandinavia lap record has been beaten during three of the four test sessions at Skellefteå Drive Center Arena and Andreas Bäckman has gone fastest of them all so far.

The Lestrup Racing Team driver is first to lap the circuit below 1:52, setting a lap time of 1:51.548 during the final test before qualifying.

The session was red flagged early on as Exion Racing driver Isac Aronsson spun in the final corner, brushing the wall with his Audi RS 3 LMS II. Green flags were shown with 14 minutes left of the session.

Mattias Andersson, who topped the first session today, was second fastest for MA:GP, close to nine tenths of a second behind.

Axel Bengtsson, who missed the majority of the first session due to an off-track excursion, was seventh fastest ahead of team-mate and reigning champion Robert Dahlgren who focussed on race runs during this session.