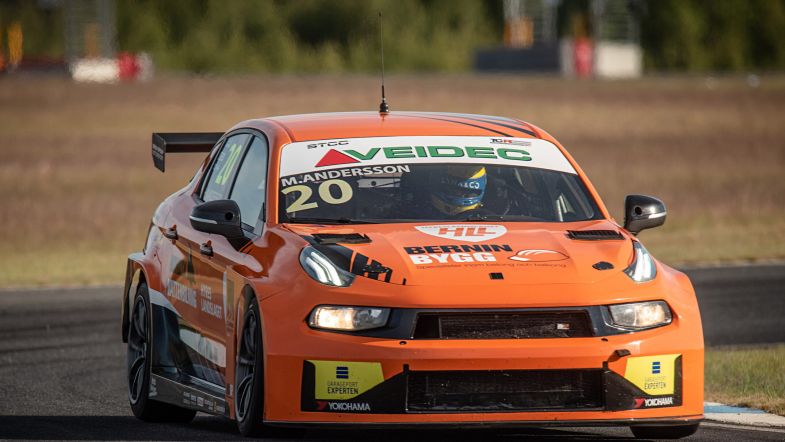 The MA:GP team owner and driver lapped the circuit in 1:52.824 and was just below seven tenths faster than Lestrup Racing Team’s Oliver Söderström.

Calle Bergman, who at the age of 16 is the youngest ever STCC driver, impressed with the third fastest time, just 0.038 seconds from Söderström.

Local hero Robert Dahlgren topped the times initially but dropped down to finish fourth ahead of title rival Tobias Brink, who topped the test of yesterday, in fifth.

Independent Volkswagen driver Marius Solberg Hansen continues to impress with the sixth fastest time, 1.3 seconds from Andersson at the top.