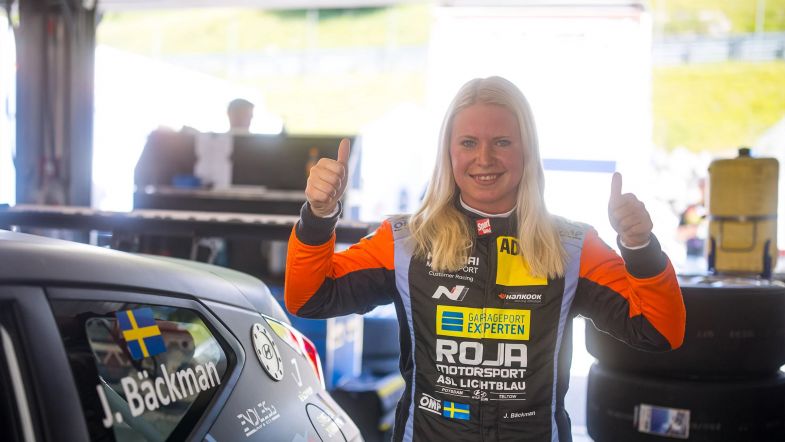 Jessica Bäckman made the most of her pole position to head the second TCR Germany race at the Salzburgring from lights to flag.

Race 1 winner Szymon Ladniak had a slow getaway from third on the grid, dropping down to sixth behind Martin Andersen, Jonas Karklys, Max Gruhn and Robin Jahr.

The trio of Kircher, Gruhn and Ladniak fought hard for fifth position, a fight that Ladniak came out on top from as the other two made mistakes and dropped down the order.

Andersen heads the standings after the Salzburgring weekend on 164 points, eight points ahead of Bäckman.

The next TCR Germany round takes place at the Nürburgring on August 6-7.