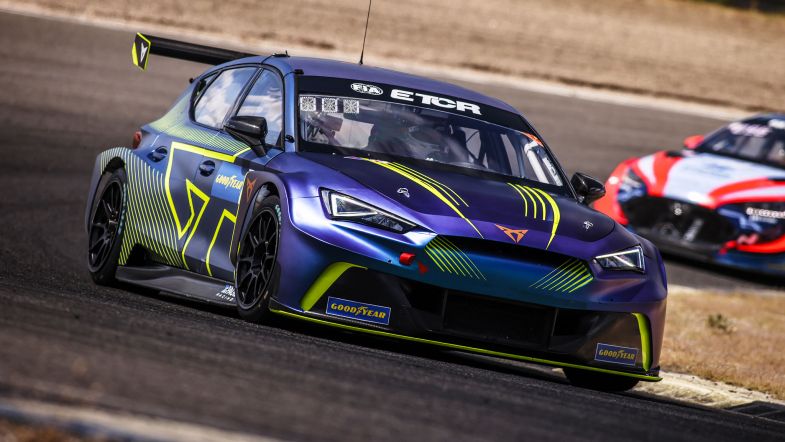 Cupra EKS driver Mattias Ekström headed a lights-to-flag race at Jarama, winning the Pool Furious final and became the King of the Weekend for the second time this season.

Ekström had to defend his lead into Turn 1 at the start with Hyundai’s Mikel Azcona taking to the outside, making slight contact in the progress.

Venturini made use of his power-up to overtake Catsburg on lap two for fourth, with the Dutch driver recovering the position shortly after.

Ekström won the Pool Furious final, with Martin and Azcona completing the podium. Catsburg was fourth, followed by Venturini and Blomqvist.

The former DTM champion scored 100 points during the weekend, becoming the King of the Weekend ahead of team-mates Adrien Tambay and Jordi Gené.

After the third round of the season, Ekström has reclaimed the championship lead with 280 points, six ahead of Tambay.

The next round of the 2022 FIA ETCR season takes place at Zolder on the 8-10th of July.