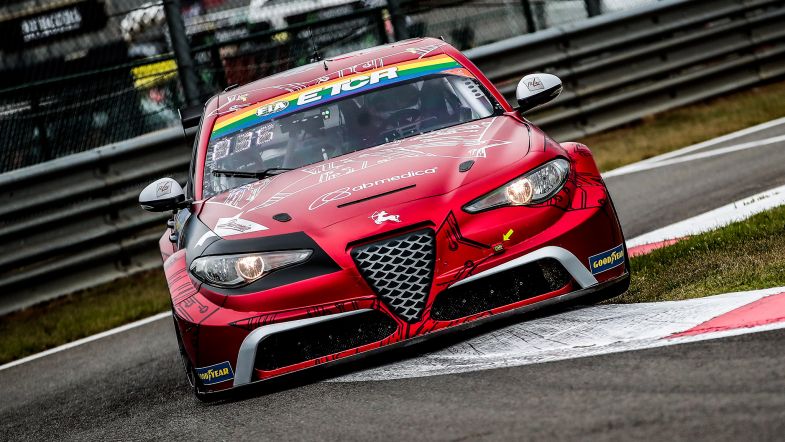 Maxime Martin is King of the Weekend after Zolder victory

Romeo Ferraris driver Maxime Martin dominated the Pool Furious final at Zolder to become King of the Weekend in the fourth round of the 2022 FIA ETCR season.

At the start Martin charged ahead of Hyundai Motorsport N’s Mikel Azcona, with Cupra EKS’ Mattias Ekström in third.

Hyundai’s Nicky Catsburg attacked the Swedish driver at the chicane, with the Cupra driver cutting the chicane to defend his position.

Martin meanwhile opened a gap, winning the Pool Furious super final with a margin of close to two seconds ahead of Azcona and Ekström.

“It was fantastic, winning at home is amazing,” Martin said after the race. “We had a few issues, but the team did a fantastic job and we got a great result.”

After the fourth round of the season is completed, Cupra EKS’ Adrien Tambay leads the drivers’ championship on 363 points, 21 ahead of his team-mate Ekström and 63 over Martin. Azcona sits in fourth position, 95 points behind Tambay.

The next round of the FIA ETCR takes place at Vallelunga on July 22-24.