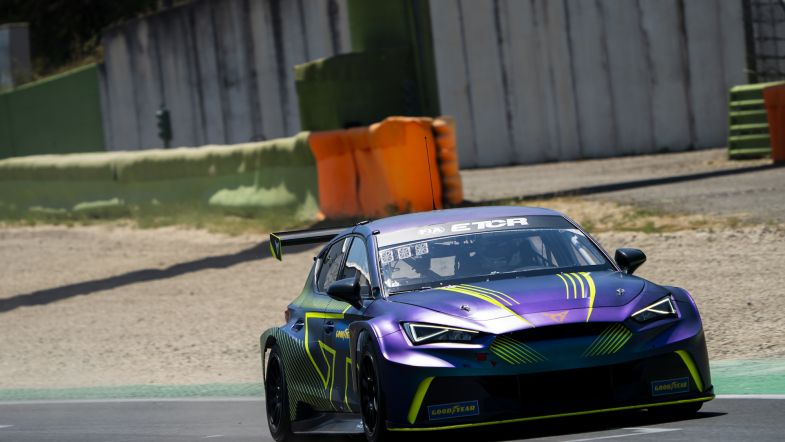 Mattias Ekström headed a Cupra 1-2 in the FIA ETCR Pool Furious super final as Nicky Castburg suffered a puncture on the very last lap while leading.

Catsburg took the lead at the start of race ahead of Cupra rival Ekström.

Tom Blomqvist briefly fell prey to Jean-Karl Vernay for third place, but the Frenchman went slightly wide at Cimini and the Cupra driver jumped back ahead.

The race was uneventful until there was three corners to go, when Catsburg got a left-rear puncture, which handed the lead and victory to Ekström.

Blomqvist was quick to avoid the Hyundai to snatch second place, while Vernay lost ground in the move and lost any slim chances to challenge for second and had to settle for third as Catsburg limped home in fourth.

As Romeo Ferraris withdrew the entry of Maxime Martin, Mikel Azcona is crowned King of the Weekend, marking the first overall win for Hyundai and the Spaniard.

The next FIA ETCR round is scheduled to take place at Istanbul Park on a yet to be confirmed date in November.