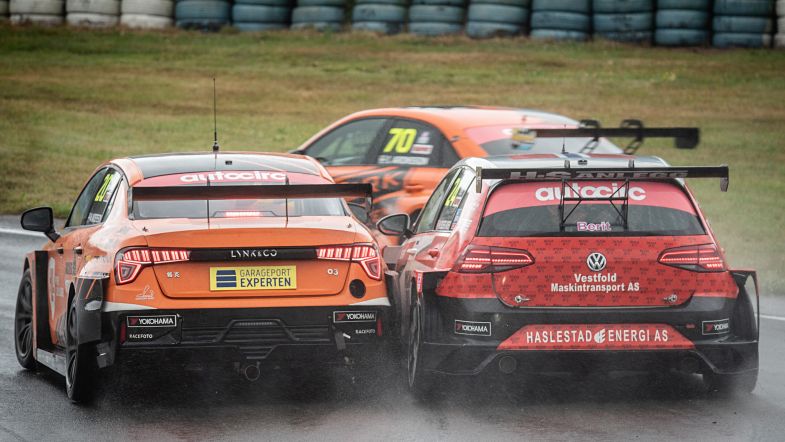 Mattias Andersson filed a protest on his penalty in the third STCC TCR Scandinavia race at Knutstorp which dropped him from second to fifth place, a protest that was thrown out by the stewards.

“I fought my way from sixth to finish second, but the race director hit us with a five-second penalty for tough driving, something I didn’t agree with,” said Andersson.

“A driver was blocking like crazy and when I finally was able to get past, his car broke down and I was handed a penalty,” said Andersson.

“The situation at Anderstorp last year was the reversed and I was penalised for defending my position. I didn’t agree with the race director and therefore I filed a protest which was rejected.”

Aronsson was forced to retire after the incident due to damage to his Audi RS3 LMS II.

“It was a chaotic weekend. I was able to hold third place for a good while, but unfortunately I was taken off track and had to retire due to a damaged car,” said Aronsson.

“It wasn’t the end to the weekend or result I had hoped for, but we’ll take the positive bits with us from this weekend to the next.”

“We will reload and come back for the next race at Karlskoga where we aim even higher,” said Andersson.