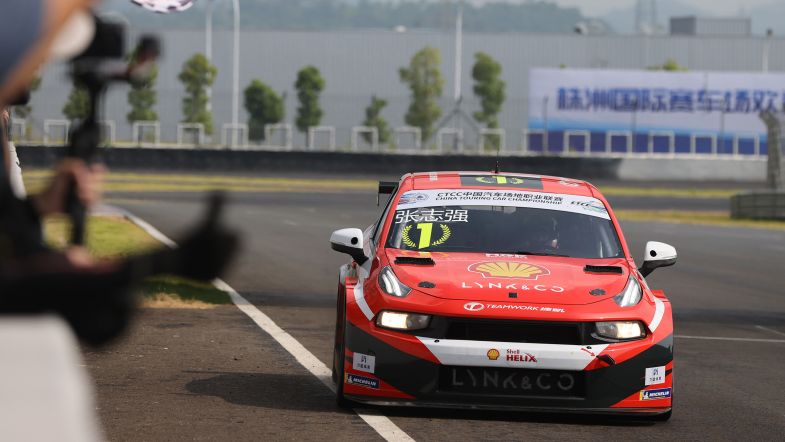 Zhang started the first race from pole position and headed the field from lights to flag, winning the race by a massive 26 seconds.

The fight behind him meanwhile was tough, with Martin Cao, driving the all-new MG5 TCR, fought his way up to finish second.

Lynk & Co 03 TCR driver Wong dropped down from second on the grid to fifth in the early stages of the race, but was able to fight back to finish third.

David Zhu was involved in the top fight in the last part of the race but dropped down to finish fourth ahead of Lynk & Co colleagues Yan Chuang and Cai Hong Yu.

MG driver Rodolfo Avila was in the mix for a podium finish right at the end of the race until he was hit from behind on the last lap by one of the independent MG6 drivers and got collected by one of the CTCC specification cars, forcing him to retire from the race.

The second race saw the Lynk & Co duo of Wong and Zhang dominating once again, making their way into the lead early in the race.

The fight for the lead was much closer compared to the first race, with Wong closing in fast on Zhang towards the end of the race.

Wong made the move on his team-mate on the very last lap, snatching the lead to win the race by just below 1.5 seconds ahead of Zhang.

The TCR Asia double opener continues tomorrow with qualifying ahead of two further races on Sunday.