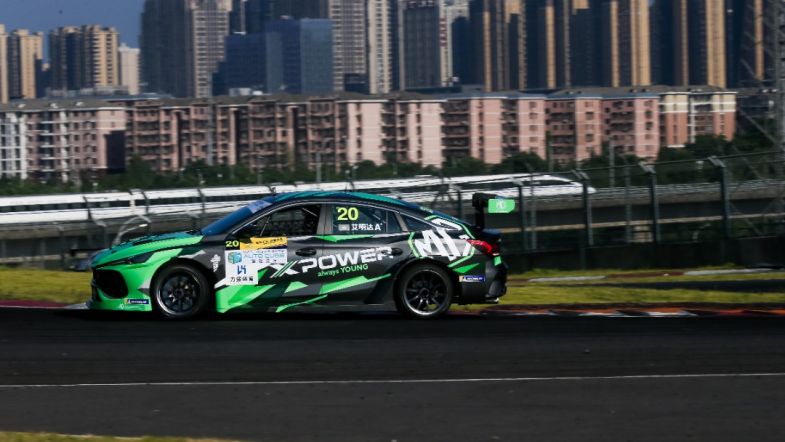 David Zhu won the third race of the TCR Asia weekend at Zhuzhou International Circuit while Rodolfo Avila claimed the first win of the new MG5 TCR in the fourth and final race.

Shell Teamwork Lynk & Co Racing driver Zhu started from pole in the first race of the day and headed the field from lights to flag.

The first of three safety car sessions came on the third lap as Audi driver Wei Jiang went off.

The race was resumed two laps later, only for the safety car to head back out on lap eight as Sunny Wong stopped on track due to a technical issue.

But Cao was not to finish the race as he stopped at the pit exit a lap later due to a technical issue with his MG5 TCR.

The same lap saw a separate incident as Audi driver Kai Tian spun and stopped on track, calling the safety car into action for a third time.

The final race of the weekend saw Avila starting from pole for MG XPower.

Avila was challenged into Turn 1 by Wong who claimed the lead after some contact. As they headed to Turn 2, Avila was able to reclaim the lead.

Audi driver Chen made contact with Chuang Yan on the opening lap, sending Chen into the wall and retirement, triggering the safety car.

The race was resumed on lap seven of 15, seeing the Lynk & Co duo of Zhu and Jason Zhang fighting their way up through the field.

Avila won the race in style, crossing the finishing line close to four seconds ahead of Wong.

Zhu and Zhang closed in quickly on the leading duo towards the end of the race, but had to settle for third and fourth.

The next TCR Asia race takes place on September 16-18 at Shanghai International Circuit.