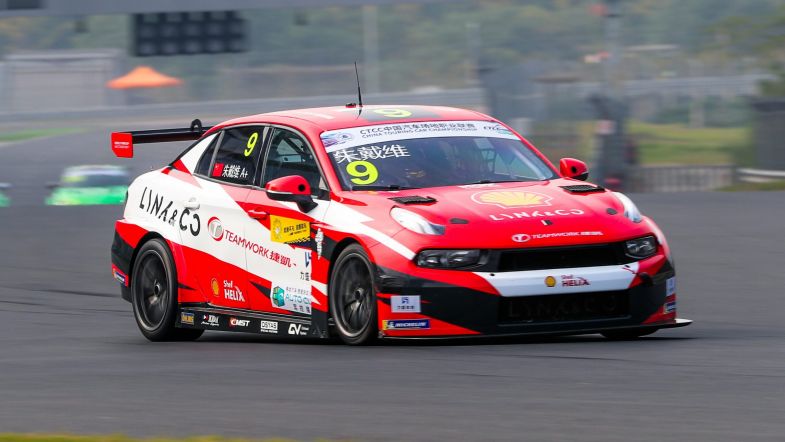 David Zhu and Rodolfo Avila took a win apiece in the first of two meetings at Zhejian Shaoxing as the TCR Asia series resumed.

The opening race kicked off with the Lynk & Co of David Zhu at the head of the TCR field with only the CTCC-spec Volkswagen of Robert Xinzhe ahead on the grid but it was the Teamwork driver who headed the field into turn one for the first time ahead of team-mate Sunny Wong.

Zhu quickly established a lead at the front of the pack as Wong dropped behind the two leading VWs, leaving him under pressure from the leading MG in the hands of Juan Carlos Zhu and the Hyundai of Wang Xiao Wei.

A forceful move from Zhu on lap three saw the MG get ahead into second spot, with Wei then taking advantage of the battle to move the Hyundai up into third in class and fifth overall.

Behind, a squabble in the midfield involving Jason Zhang, Liu Zi Chen and Ruan Can Fan saw all three drivers run off track – with only Zhang’s Lynk & Co able to rejoin.

The race went under caution so the two Audis could be recovered with the action resuming on lap twelve, with David Zhu under attack from the two VWs, but their inter-team squabble instead saw the two CTCC racers drop down the order.

It meant Juan Carlos Zhu moved into second overall, with Wei in third ahead of Wong and the Fancy Team Lynk & Co of Yan Chuang.

With the race reverting to time as a result of the caution, David Zhu eased away at the front to secure the victory ahead of his brother’s MG, which would keep Wei at bay until a small error late on saw him run wide – allowing both Wong and Chuang ahead.

The Audi of Wu Yifan would round out the top six.

Race two kicked off with Rodolfo Avila’s MG on pole ahead of Chuang, with race one winner Zhu back in eighth spot but it was Sunny Wong who made the best start to grab the lead into turn one ahead of Avila after a rapid start from P3.

It wouldn’t last however as Avila battled back ahead mid-way through the lap to hit the front, with Chuang and Juan Carlos Zhu both then clearing Wong by the end of lap two. Further back, Jason Zhang was on a real charge, making up eleven spots in the first two laps to sit in eighth.

As Avila continued to lead the way, Zhang’s charge continued and having move into the top six, he then clattered into one of the Volkswagens with a somewhat clumsy move seeing him take fifth before working his way up into third spot.

That was as high as he was able to get however as Avila took the victory for MG ahead of Chuang, with Zhang rounding out the podium – albeit only briefly when he was then handed a time penalty that dropped him back to fourth.

It meant third instead went to Juan Carlos Zhu ahead of Zhang, with David Zhu and Wei rounding out the top six.

Two more races will take place at the circuit on Sunday.