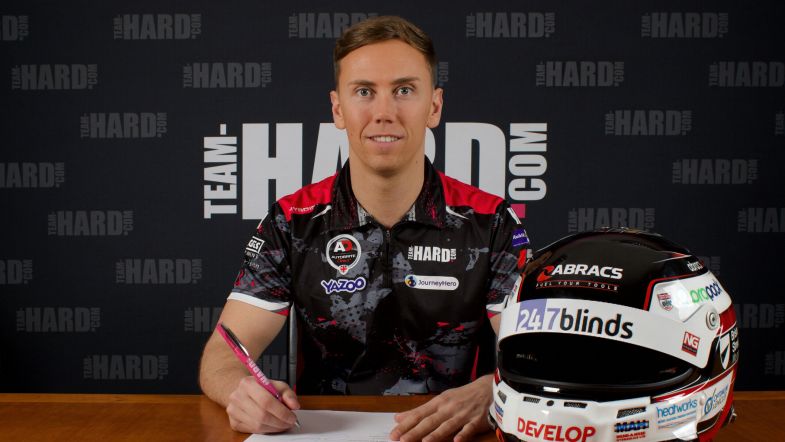 Dan Lloyd has announnced a move to Team HARD Racing for the 2023 BTCC season.

The 30-year-old will be eager to build on his best season in the series to date this year, where he picked up three wins in an EXCELR8 Motorsport-run Hyundai en-route to a top ten championship finish.

Lloyd will switch into one of Team HARD’s Cupra for the new campaign having been unable to agree a deal to stick with EXCELR8 for another season and joins Bobby Thompson and Dexter Patterson in the line-up announced to date.

“At this stage of my career, I’m looking for continuity and the chance to stay with a team in the long term, and after a successful year in 2022, I was working on a deal to try and remain with EXCELR8 for another season,” he said.

“Unfortunately, an increase in the required budget meant we weren’t able to make the numbers work. I thoroughly enjoyed my time with the team and we scored some fantastic results, and I wish them all the best for the future.

“Having looked at the various options elsewhere on the grid and having spoken to a number of teams, I’m really excited to have agreed a deal to join Tony and Team HARD. I was really impressed with what the team achieved with Bobby this year, and the steps forward they have taken in recent seasons. I’m looking forward to the challenge of helping them to continue making forward progress with the Cupra during the year ahead.

“The fact that they have someone with the knowledge and experience of Kevin Berry to head the engineering team is a major plus point for me, as is the fact that I’m going to have a top-class engineer on my car in the shape of Adam Tanner, who I worked with successfully during my time with Eurotech.

“With a strong pit crew around me, I feel the ingredients are in place to build something good in 2023, and I’m confident of another strong season on track.”

“This is a major coup for us. Dan did a fantastic job last season and was a real thorn in our side at the start of the season as he and Bobby seemed to be glued together,” he said.

“When I heard that Dan might be available to take over the wheel of one of our Cupras for 2023, it was an easy decision to get him into our camp for this season.

“Behind the scenes, our BTCC project is really starting to move through the gears and this acquisition is another demonstration of how far we have come as a team over the last two to three seasons. There is a great buzz in camp, and we are all delighted to have Dan join the team.”