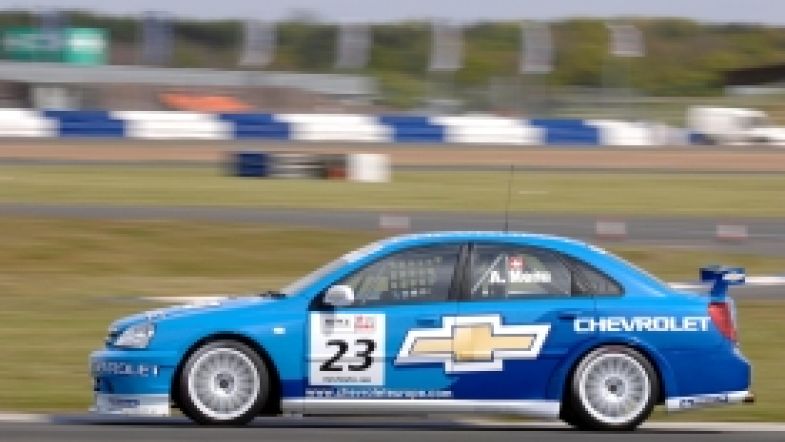 “I am proud to head a brand which has an exciting motorsports programme going on like Chevrolet has with the World Touring Car Championship,” Brannon said. ”In my previous assignment for General Motors in Latin America, Africa and the Middle East, I had the opportunity to experience first-hand how competition helps positioning a brand in the marketplace, and how it helps building awareness.”

“With the WTCC, Chevrolet has a unique opportunity to challenge its market competitors again on the track, at the most international level possible. While at the beginning of last year we were the new kids on the block, this year we are definitely aiming at making part of the block our own. The results from the last races in 2005 clearly indicate the potential that is there, waiting to be unleashed. Personally, I can’t wait for the season to start!”

RML has used the winter period to build into the new car all the facts, figures and feedback the team amassed throughout the 2005 season. “Our 2006 car is a logical development of our 2005 car,” said Ray Mallock, Chief Executive of RML. “2005 was a hectic year, with a busy race schedule and an even busier development schedule in the workshops. Throughout the year we have managed to continuously and consistently increase our competitiveness, as we amply proved during the last races of the season.” Many things new on the 2006 Lacetti aren’t visible to the naked eye, but do add up to a big difference. “The most visible change compared to last year’s car is the driving position,” Mallock continued.

“The driver now sits of the left-hand side of car, which gives us more flexibility with the weight distribution and more easily allows us to set the car up for the growing number of anti-clockwise circuits we race on. On the aerodynamic side we have concentrated on reducing drag by intensively using Computational Fluid Design as well as full-scale wind tunnel testing. The suspensions have been revised and the serviceability of the cars has also been improved, which will certainly help us in the limited repair time available between races.”