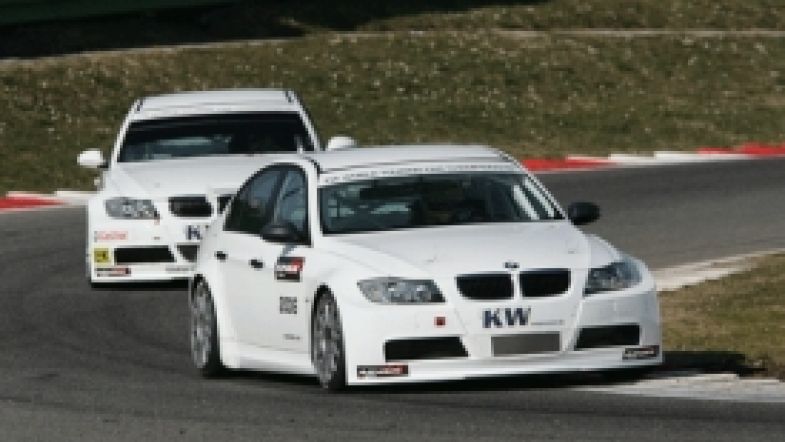 Three teams and five drivers will defend again BMW’s colours in the 2006 FIA World Touring Car Championship. “In 2005, we won everything there was to win in WTCC,” said BMW Motorsport Director Mario Theissen.

“Obviously it’s our goal to repeat these achievements with our BMW 320si, entered for the 2006 season, which is a newly developed car. With our driver line-up and the new car we should be well-prepared for the tasks ahead of us. Furthermore, I’m convinced that in 2006 the series is going to consolidate its position as the most significant touring car championship.”

In 2006 the BMW national teams will race the new BMW 320si, based on the 3 Series special edition, available in a limited quantity of 2,600 cars. For the BMW Motorsport engineers, the car represented a great basis for the development of the racing version.

Andy Priaulx, the reigning champion, enters the 2006 season as the man to beat. Following his back-to-back titles in the 2004 ETCC and 2005 WTCC. However, his BMW rivals are keen to prevent Priaulx and his BMW Team UK / RBM from winning a third consecutive title. BMW Team Germany / Schnitzer Motorsport once again, relies on Dirk Müller (twice a runner up to Priaulx) and Jörg Müller. BMW Team Italy-Spain driver Alessandro Zanardi who claimed his maiden WTCC win at Oschersleben last year, is to have a new team-mate: Marcel Costa who will drive the second BMW 320si entered by ROAL Motorsport.

“I’m really looking forward to supporting the BMW effort to defend the Manufacturers. Championship,” said the 27-year-old, who won the 2002 Spanish Formula 3 Championship. “I have been keenly following the 2005 WTCC season. It’s a fantastic grid and the races are truly hard-fought. It will be vital for me to learn as fast as possible. I just can’t wait for the season to kick-off.” “I’m looking forward to co-operating with Marcel,” added Zanardi.

“The new BMW 320si should offer us the opportunity to battle it out at the front end of the field this year. The great moments of 2005 are history, now we’re fully focused on experiencing a successful 2006 season.”