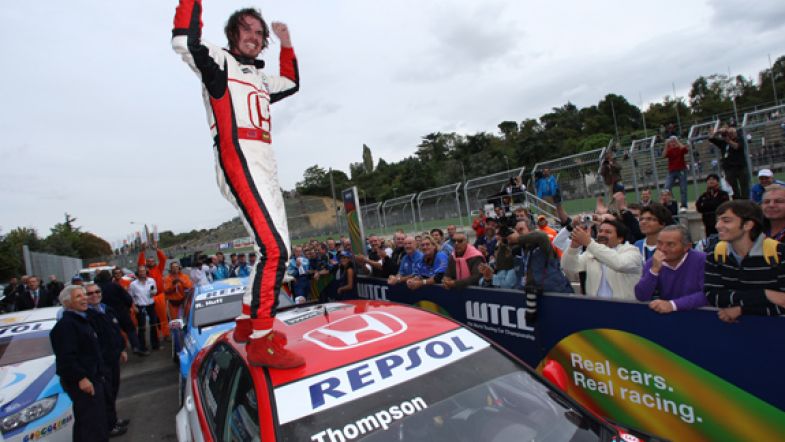 James Thompson claimed the first ever win for Honda in the World Touring Car Championship. The Honda-man fought his way past Robert Huff and Jörg Müller on the way to the win.
“I would like to thank everyone concerned with the team, as we have had many low moments this season. This win helps us to believe that we can get better. I am very proud to be the first person to win for a Japanese manufacturer,” said Thompson.

Jörg Müller finished second ahead of Huff, the top three was close, only 1.8 seconds separated them. But despite the small gap, Müller felt there was nothing he could do about the Honda today.

“There was no way I could have stopped Thompson from going past me today as his car was so quick. So I got into his slipstream and he helped me to get away from the Chevrolet cars a bit,” said Müller.

Nicola Larini claimed fourth ahead of the two SEAT-team mates Yvan Muller and Rickard Rydell. Italian SEAT-driver Gabriele Tarquini failed to score any points from this race as his car was hit hard from behind on the grid.

Tarquini stalled his car in the start and Félix Porteiro was unable to avoid the stationary SEAT. The cars were badly damaged, but fortunately both drivers were okay.

The safety car was brought out for three laps and the cars were led trough the pit lane to avoid the accident site.