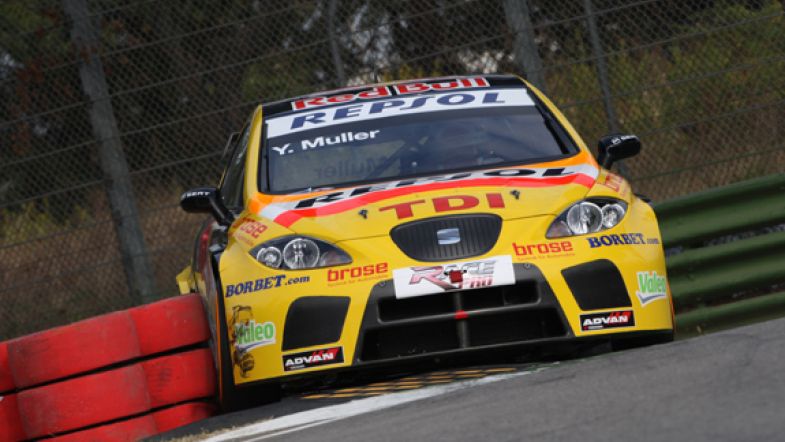 Yvan Muller crossed the finish line first of all in the World Touring Car Championship race at Imola. The Frenchman passed his team mate and pole-man Rickard Rydell in the start and kept the lead for the rest of the race. Rydell finished second, 0.411 seconds behind Muller and 0.362 seconds ahead of a very fast James Thompson.

The Brit stormed from fifth on the grid in his Honda Accord, passing Robert Huff and Alain Menu on the way. The duel between Thompson and Menu ended in tears when the Brit went on the inside of Menu coming in to the first corner.

Menu went to defend his position and the two collided which resulted in Menu going off in to the gravel while Thompson could continue.

Huff kept third initially in the race and was seemingly a bit faster than Rydell. But the Chevrolet-driver was unable to pass and stayed behind Rydell and was eventually passed by Thompson.

Jörg Müller will start from pole position in the second race.