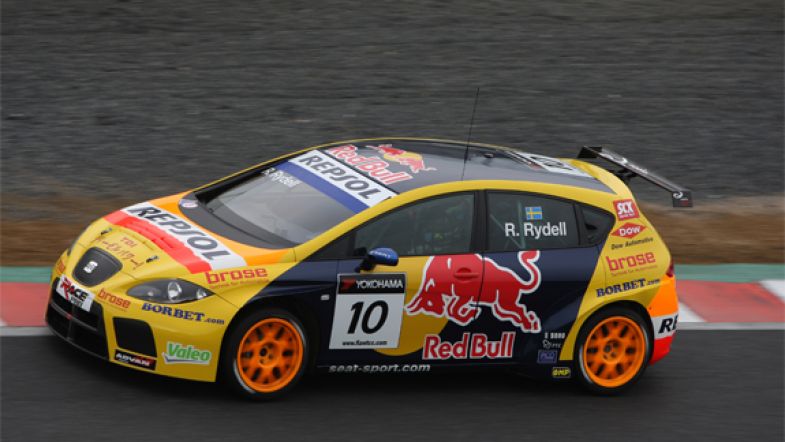 Rickard Rydell has won the first of two races at Okayama, Japan. With doing so, SEAT has won the manufacturers title of 2008. On a wet track, Gabriele Tarquini didn’t do himself a favor as he went through the gravel trap in the first corner at the start. He finished the race in tenth, as his rival Yvan Muller gained another two points on the Italian by finishing in seventh.

At the start, Jörg Müller took the lead, as Augusto Farfus collided with Alain Menu. The Chevrolet driver had to go through the gravel trap and damaged his suspension. It meant the end of his race. Farfus dropped back in the field and had a hard task in fighting back.

Monteiro and Rydell were chasing Müller, but Monteiro was not quick enough. When Rydell finally was able to overtake Monteiro on lap 6, the Swede was able to go for the lead. He managed to gain that lead on lap 11 and was not challenged anymore after that.

Tom Coronel managed to take eighth in the last lap from Stefano D’Aste, and will start race two from pole position.