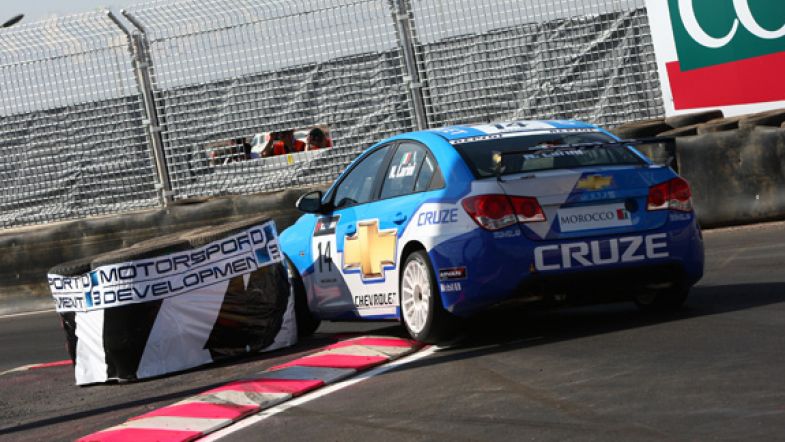 Chevrolet claimed both victories in the first ever FIA World Touring Car Championship race weekend at Marrakech in Africa. Nicola Larini took the win in the second race, his first WTCC win ever, ahead of Yvan Muller and race one winner Rob Huff. But BMW man Jörg Müller held the lead initially for eight laps.

But Müller made a mistake at turn 15 where he went wide. Immediately Larini, Muller and Huff swept past him.

The BMW Team Germany driver dropped to fourth, a position he held over the finish line ahead of Gabriele Tarquini and Augusto Farfus.

Andy Priaulx had a dark weekend as he failed to score points in the second race. At first it looked as he was going to take points, but on lap eleven he made a mistake and had to retire.

Just as in the first race, the safety car was out once during the race. This time it was due to Sergio Hernández who crashed and the car had to be towed from the track.