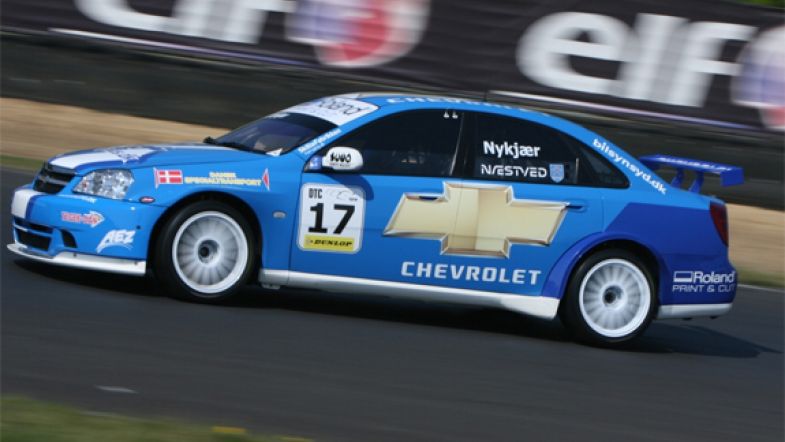 Perfection Racing team manager Kent Bo Steffensen is very happy to make the announcement, underlining the strategy of the Danish team since the DTC entry in 2007 with Chevrolet. The WTCC round will take place on the 6th of September, and only a week later the next DTC round is due, but that doesn’t put the team off.

“This is what we want to do, “ Steffensen tells Touringcartimes.com. “It is the first step to the next level, the next thing we want to do. We have been driving in the DTC for some years now, and we won the ETCC last year. I as a team manager, and the team as a whole, constantly need fresh new challenges to stay sharp. We have to keep striving after the next level, and with the team we have now, I have no doubt in my mind that we will prevail.”

“We will enter the round with Michel Nykjær, who has won the ETCC two years in a row. He is a very stable driver, and he needs little time to adjust to new tracks. Obviously we have a very close cooperation with Ray Mallock Ltd. And we will have access to data and setup from last year, and Nykjær usually doesn’t require much time to be very fast.”

“Our target is the Privateer Cup; we have our sights set on the podium. We are a Danish team, entering a Danish driver in the WTCC. Kristian Poulsen is already running in the WTCC, and doing a fine job. But it’s a special thing when you enter an all Danish effort, you just need to look at Le Mans to see, that Danish racing fans really appreciate it.”

Michel Nykjær is very happy to know, that his dream is coming true. Thanks to the sponsors, it has been possible take the first toe in the water of the next thing to come.

“It is extremely satisfying, “ Nykjær explains. “My dream has been the WTCC for a long time. I have been driving in the DTC for a long time now, which makes me happy. My next dream was the ETCC, which I won twice. Now I am dreaming of the WTCC, and in September my dream is coming true, thanks to my sponsors. ”

Nykjær has actually already won at the German track, although he admits to the fact that it is a few years ago. In 2001 the Danish driver visited the track, and he has fond memories of that day.

“I know the circuit, or at least the main part of it. I drove in the Danish Group N. championship Yokohama Cup. Each year we had to visit a new foreign track, and that year it was Oschersleben. I drove the round with a Seat Ibiza diesel, and I actually won! That is a nice memory, and of course I know I will not win this race, but looking at the privateers like Franz Engstler, I hope that I will be able to be around 8th or 10th spot, and perhaps be close to pole position for race two.”

Although Perfection Racing will do only the one race at Oschersleben, it is no secret that the team is hoping to do several WTCC rounds in 2010. Everything comes down to economy.