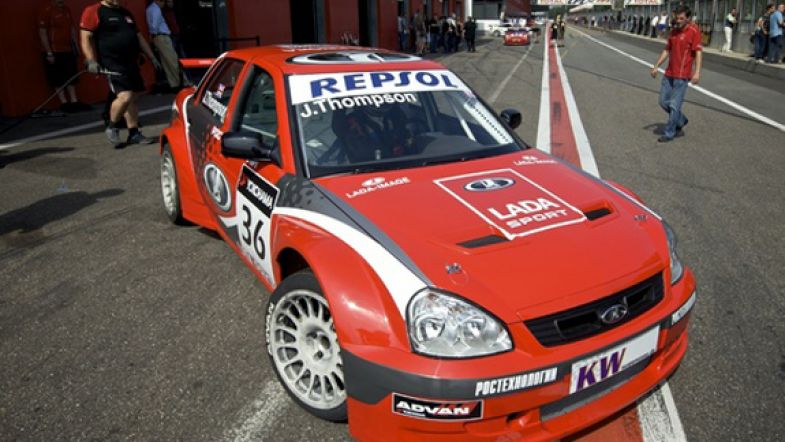 As TouringCarTimes reported earlier James Thompson is the new Lada man, it was confirmed officially by the Russian manufacturer today. The Brit is going to drive the new Priora model in Portugal next week.
“I’m very excited to be back in the World Touring Car Championship and I feel very privileged that LADA has asked me to be the first person to race their new car,” said Thompson.

“It’s a great challenge to be involved in a new project like this from the beginning and I am looking forward to it very much.”

Regular Lada drivers Jaap Van Lagen and Kirill Ladygin are going to continue with the 110-model for one more race before getting the new Priora model.

While Thompson is hopeful with the new Lada project, he realizes that it is going to take long time to get up to speed.

“We just have to take everything as it comes and make progress step by step. I have no particular expectations, so we will just have to see where we are in Oporto and take that as our starting point,” said Thompson.

Thompson is replacing driver and manager Viktor Shapovalov, who instead is going to focus on the management.

“As we take the next step forwards, it’s only right that I should focus fully on running the team,” said Shapovalov.

“I am sure that James will be a huge asset to the team, and we look forward to making the most of his extensive experience both now and into the future.”