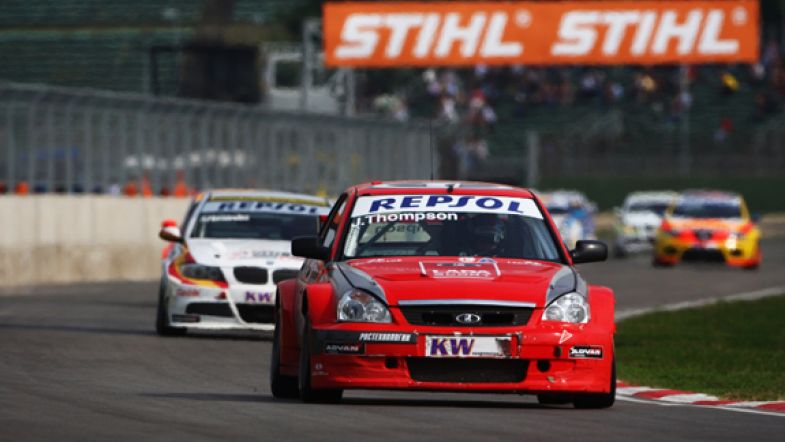 Lada claimed their first ever FIA World Touring Car Championship points at Imola. James Thompson finished sixth in both races.
“It’s been a great weekend for Lada on a circuit that I love, and this pair of results definitely shows that we are making progress,” said Thompson.

Thompson still thinks that there are a lot of work to do on the cars but that they are heading in the right direction.

“Through our careful hard work the car seems to be getting better and better. We’ve got to be realistic as there is still plenty to do, but this is certainly a sign that we are heading in the right direction,” said Thompson.

Team boss Viktor Shapovalov was equally happy over the progress.

This has been a great weekend for us. Not only have we scored our first points, in both races, but we have also improved our pace to the point where we can really compete with our rivals,” said team boss Shapovalov.