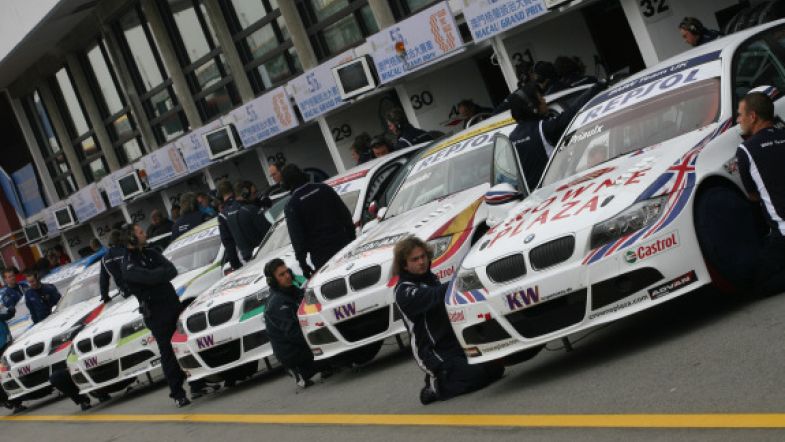 BMW confirms Priaulx and Farfus for 2010

BMW have confirmed a slimmed down WTCC campaign for 2010, with Andy Priaulx and Augusto Farfus driving for RBM as the only two works backed entrants.

This was confirmed at the BMW Motorsports Gala this evening.

As suspected, BMW have reduced their WTCC programme significantly for 2010, following on from their withdrawal from Formula 1 back in the summer.

Racing Bart Mampaey will step up to a two car squad however, running one car as it has done since 2003 for three times WTCC champion (and 2004 European champion) Andy Priaulx, as well as a second for former Schnitzer Motorsport driver Augusto Farfus.

Schnitzer and ROAL Motorsport will no longer receive support from BMW to run in the WTCC, with Schnitzer now confiemd to focus on development of the M3 GTR for sportscar racing in Europe, in the VLN championship as well as for the Nurburging 24 Hour Race. Dirk Werner and now former WTCC driver Jorg Muller will head this programme for Schnitzer.

ROAL’s plans are also yet to be confirmed, though Alessandro Zanardi’s retirement announcement last week was a strong indicator that ROAL were no longer part of BMW’s plan.