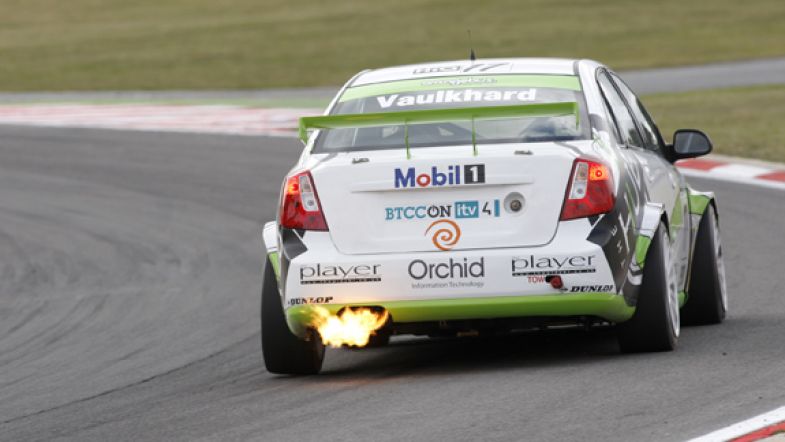 Bamboo Engineering step up to the WTCC

Bamboo Engineering have confirmed that they, and lead driver Harry Vaulkhard, will leave the BTCC to join the WTCC in 2010. “The WTCC is where I’ve always aspired to be” said Vaulkhard, who will partner sportscar driver Darryl O’Young in a pair of Chevrolet Lacetti’s from Round One in Brazil next month.

The news of a WTCC campaign also confirms that the team will leave the BTCC after just one season, something that was hinted at earlier this week when the Bamboo website briefly revealed that a WTCC announcement and website would be unveiled shortly.

“We are sad to be leaving the BTCC” said Team Principal Richard Coleman, “But this was too good an opportunity to miss.

“We have a great driver line up; Harry had the measure of Michel Nykjaer, Franz Engstler, and others at the ETCC so I see no reason why he cannot build on that. Darryl is a huge talent, and has been very highly recommended from big names in sports cars. Once adapted to front-wheel drive I expect he will be a regular podium contender in the Independents.”

Commenting on his graduation from British Touring Cars, Vaulkhard said, “I am glad to have everything sorted for 2010 and with my first choice of team, Bamboo.

“I’m sad to leave the BTCC and will miss the amazing fans, but career wise I am still learning and have a fantastic opportunity in front of me. The WTCC is where I’ve always aspired to be some day but to be honest this has come sooner than I expected. I have learnt so much in 2009, I am really confident I can get some great results in 2010.”

Partnering the Brit will be 29-year-old Canadian born, Hong Kong driver O’Young, who has mainly competed in rear-wheel drive Porsche’s so far in his career.

“I am really looking forward to the challenge, the WTCC is a great series and I am proud to join Bamboo Engineering. We can’t wait to get started in Brazil, the Chevrolet has a great WTCC pedigree and I’m sure we can challenge at every event.”

O’Young has raced in the Porsche Carrera Cup Asia, the Grand Prix supporting Porsche Supercup and the FIA GT Championship in recent seasons, while in 2009 he made his Le Mans debut in the GT2 category.

Earlier this week Vaulkhard spoke directly to TouringCarTimes and praised the professionalism of his team, saying “I have never been in such a professional and well run team as Bamboo. Although it’s a very young company it has an amazing amount of drive and loads of guys with loads of experience.”

In 2010 that drive and experience will be put to the test as the team compete for the Independent’s Cup across the 12 rounds of the WTCC.