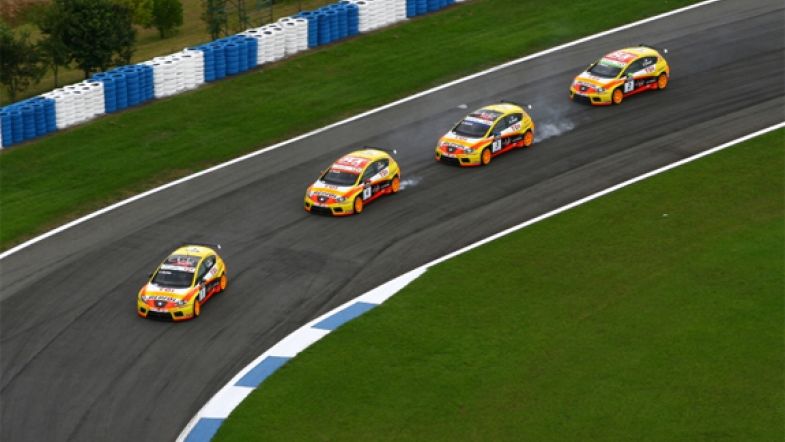 Gabriele Tarquini, Tom Coronel, Tiago Monteiro and Jordi Gené are going to team up this year in four SEAT Léon diesel. The quartet is going to drive for the newly established team SR-Sport.
“I am really enthusiastic to race the SEAT TDI cars, because I think we will be able to fight for the WTCC title with the new team SR-Sport and four great drivers,” said team boss Joán Orus.

SR-Sport is an “emanation” of the semi-works team SUNRED Engineering Development.

“We will also run Michel Nykjær’s cars under the SUNRED banner and altogether this is a great opportunity to show our potential and future possibilities,” said Orus.

The four car-team is going to form a very strong launch on the WTCC 2010. The four drivers share 16 WTCC victories among them.

“I want to say thank you to SEAT Sport’s customer department for their support and to all drivers for placing confidence in our team,” said Orus.