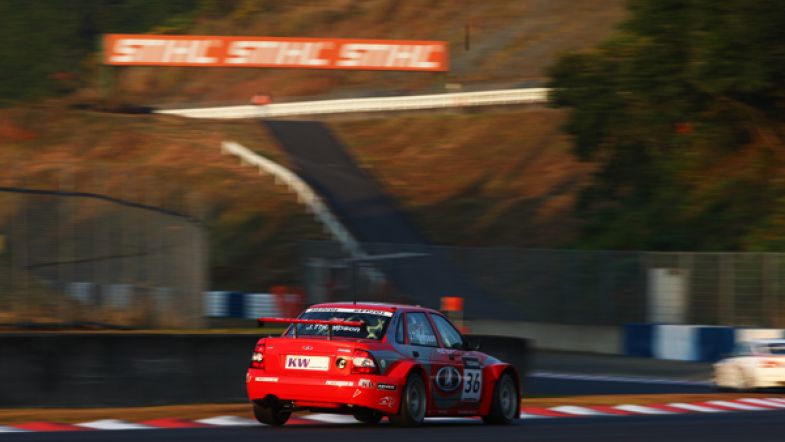 Van Lagen: “Lada said there was not enough money”

Jaap van Lagen found him self without a drive just two weeks ahead of the FIA World Touring Car Championship premiere when Lada decided to leave the championship.
“I got the message on the 16th of february. Everything was over then, it was too late to make a deal with another team,” said van Lagen to TouringCarTimes.com.

While Lada left WTCC, despite having a contract with the organisers to stay, they are present in Formula One as sponsors to Renault.

“They [Lada] said there is not enough money. But they have put their money on Renault in Formula One now,” said van Lagen.

Speculations have been made that the Lada’s would reappear in the WTCC as a privateer team, but van Lagen dismisses those rumors.

“You have to ask Viktor [team boss, Shapovalov], but I do not believe that he is going to be back with a private team,” said van Lagen.

The Dutchman was sure that the Priora could have been competitive in the WTCC, if given more development.

“The big advantage of the car was its weight. With a lot of testing it would have been possible to make it competitive. It would not have been difficult, you just needed the right man at the right place,” said van Lagen.

With WTCC and Lada out of the picture for van Lagen, he is aiming for the Porsche Supercup and some national racing.

“I am going to try and get a seat in the Porsche Supercup from the second race of the season, as well as some races in a Dutch championship,” said van Lagen.