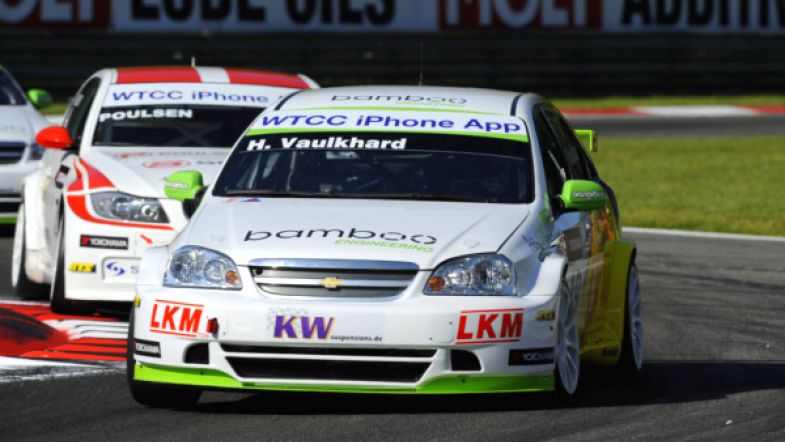 Harry Vaulkhard has won his first Yokohama Independents Trophy class race at Monza, after Mehdi Bennani was stripped of his race one result with a retrospective penalty.

Wiechers-Sport’s Bennani had a nightmare of a weekend, after originally picking up the race one independant class win, he was slapped with a 30 second time penalty for cutting the chicane and gaining and advantage – as well as a drive through penalty in race two for a jump start.

Vaulkhard therefore takes the first independent win for Bamboo Engineering, as well as a championship point for finishing in tenth, in a race where team mate Darryl O’Young suffered in the first corner and was unable to convert his class pole into a result, but battled strongly in race two to finish second in class.

Stefano D’Aste won the second race in the independents class for Proteam Motorsport comfortably after Bennani’s drive through.

With Engstler not finishing race one and not starting race two, he drops from first to third in the Yokohama Trophy standings.

Sergio Hernandez is now first in the standings with 41 points, with team mate D’Aste just 5 points behind. Mehdi Bennani moves up to third, whilst Vaulkhard closes to within two points of Engstler on the back of his 1st and 3rd in class results.