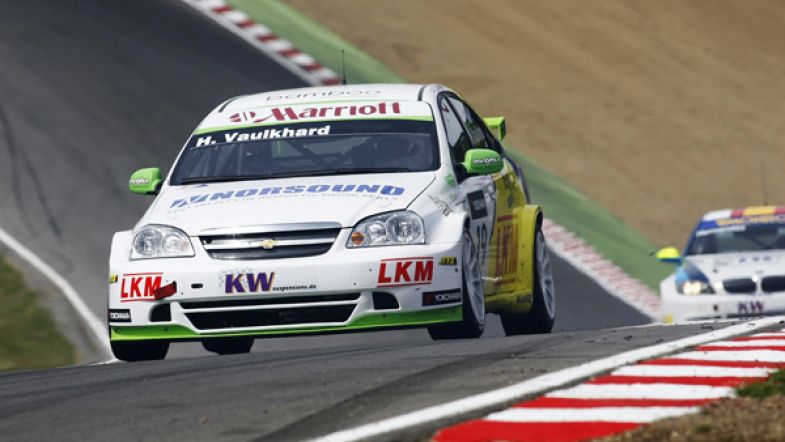 Bamboo Engineering is going to finish the FIA World Touring Car Championship season without Harry Vaulkhard.
“Harry has showed some tremendous pace and raced well this season, it’s a real shame to lose him at a point where he is really coming on strong and in with a genuine shot at finishing in the top three independents at the end of the season,” said Team Principal Richard Coleman.

Vaulkhard is forced to sit out the final half of the WTCC season due to one of his sponsors pulling out.

“It’s just one of those things, my sponsors have all been really great to me over the past seasons and without their backing I wouldn’t have had the fantastic opportunities I’ve had. So if they are unable to carry on then so be it,” said Vaulkhard.

Vaulkhard has performed a strong first part of the season and is currently fifth in the Yokohama Independents’ Trophy.

“What can I say, I’m gutted. Things are just starting to come right for me, I’ve got a great car, in a great team with great guys and support around me and this happens,” said Vaulkhard.

Upon the question if he thinks he is going to be back later this season, Vaulkhard instead looks to 2011.

“Well I’d love to say yes, obviously. But I’ve been working really hard to secure additional funding all season and it’s just not happened for me for the remainder of 2010 although I’m confident I’ll be back here in 2011. My goal is to be back in WTCC for 2011 but I’m working on other things for the remainder of the 2010 season,” said Vaulkhard.