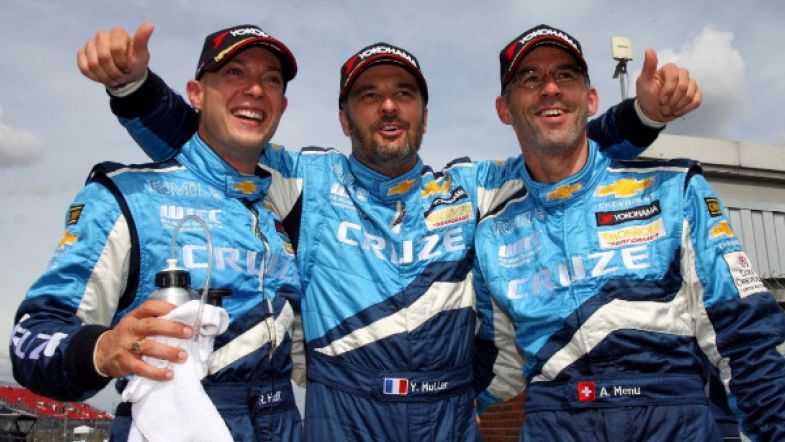 Chevrolet have confirmed that Yvan Muller, Rob Huff & Alain Menu will all drive for the team in 2011 with no changes to their driver line-up.

Rob Huff and Alain Menu have driven for the RML run Chevrolet squad since the entered the WTCC at the start in 2005, and Yvan Muller joined the team this season, and currently leads the championship.

“Stability has always been one of the key features of our WTCC programme,” said Eric Neve, Chevrolet Motorsport Manager.

“To confirm our three drivers was the obvious choice, as we really have a terrific trio and Rob, Alain and Yvan have done a great job this year, on and off the track. We are happy to make this announcement today, as it will certainly give our drivers and the entire team a psychological boost ahead of the decisive final stint of the championship as well as extra motivation to carry on the intense program of development of the new Cruze that has already begun”.

Chevrolet will run the Cruze again in 2011, but with the new 1.6 litre turbo power unit, which is currently being tested.