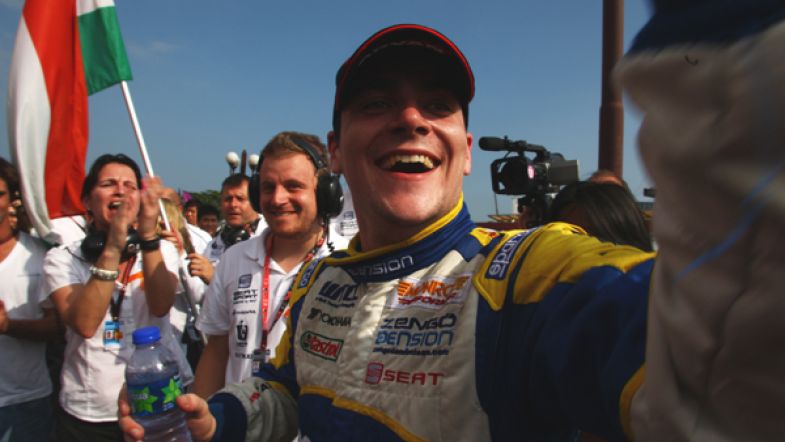 Norbert Michelisz and the team Zengő Motorsport celebrated double success in the FIA World Touring Car Championship finale at Macau, securing their first outright WTCC victory ever as well as the Rookie Challenge title.
“My goal this year was to get on the podium and to win the Rookie Challenge. I am really happy to get on the podium with a win and I couldn’t have chosen a better place to do it,” said Michelisz.

Michelisz finished fifth in the first race and was able to get in to the lead early on in the second race and cruise unchallenged to his first ever WTCC victory.

“I knew I had the pace to stay in front and I am really happy that that is what happened,” said Michelisz.

The 26-year-old Hungarian made his first full WTCC season this year after racing in the SEAT Léon Europcup. Michelisz claimed the rookie title with 30 points ahead of rival SEAT-driver Michel Nykjær.

“I want to thank every member of the team as they’ve done a fantastic job,” said Michelisz.