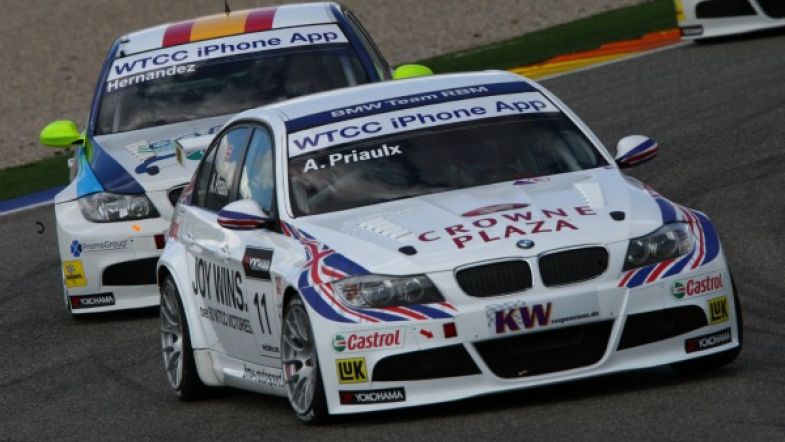 BMW not planning a works effort in 2011

BMW Motorsport has announced that they are not planning on a works entry in 2011 at their Sports Trophy Awards in Munich, instead focusing on a customer programme with the new 1.6 turbo engine.

The announcement by BMW’s outgoing Motorsport Director, Dr. Mario Theissen, affirms BMW’s commitment to a customer programme, and the provision of the new 1.6 litre turbo power unit to independent teams in the World Touring Car Championship in 2011, but that no works assault on the championship is planned.

“The BMW 320 TC, powered by the newly-developed 1.6-litre four-cylinder (DI-)turbo engine, will expand our Customer Racing offering, and be entered in the World Touring car Championship by private teams,” said Theissen.

BMW Motorsport confirm that the new ‘BMW 320 TC’, based on the 320si fitted with the new power-plant will be the centre of their new Customer Racing platform, hoping to allow privateer teams to compete at the highest level in the WTCC, but also state that “a works campaign is not planned”.

Drivers Andy Priaulx and Augusto Farfus will continue with BMW Motorsport, driving the BMW M3 GT2 in various VLN rounds, and are also expected to compete in a number of endurance events, including rounds of the new Intercontinental Le Mans Cup (ILMC), but those are dependent on how the M3 categorised in those events.

BMW also confirmed the development of the M3 DTM car is “progressing very well”, and BMW plans to be present at the non-championship round at the Olympic Stadium in July.