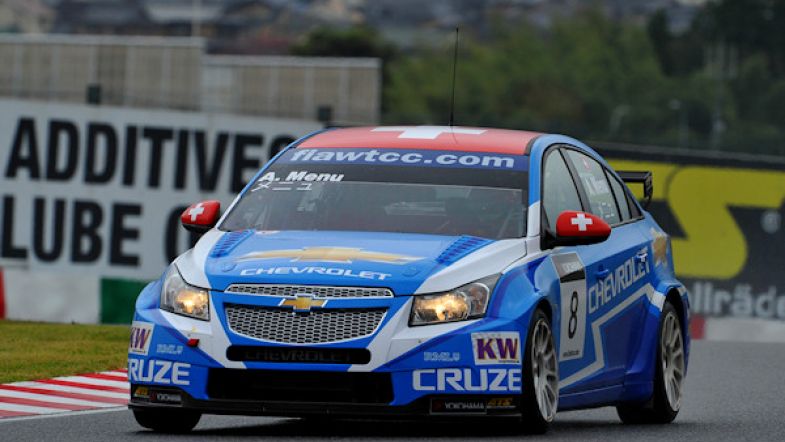 Alain Menu on top in final practice in Japan

Alain Menu lead the way in the final practice session in a wet but drying session for Chevrolet.

Menu lead the Chevrolet trio in the final free practice session as the times tumbled as the session continued to dry. Menu’s best time was still slower than the time the Swiss-driver set in the Friday test at just 54.205.

Fredy Barth was the fastest independent and the fastest SUNRED driver in fourth, just ahead of Portuguese team-mate Tiago Monteiro. Toshi Arai had a better run in FP2 than the first session, ending up sixth in the Chevrolet.

Hiroko Yoshimoto was seventh fastest on his WTCC debut in the SUNRED León 1.6T, with Mehdi Bennani the fastest of the BMWs in eighth for Proteam Racing.