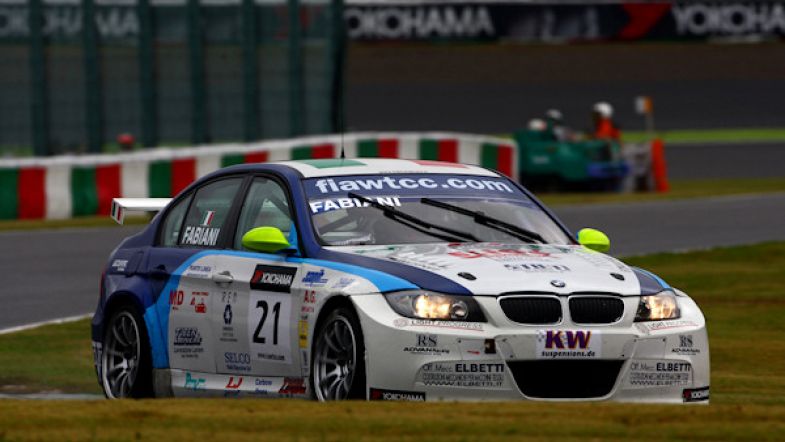 Fabiani not allowed to race as Oriola & Arai drop spots

Fabio Fabiani hasn’t been allowed to start the race due after angering the stewards on Saturday, whilst an engine change for Pepe Oriola and missed weighbridge for Toshi Arai see the two drop places.

Pepe Oriola was already aware of his penalty with SUNRED lodging the engine change request early on which would see the 17-year-old drop five spots after qualifying. However, the young Spaniard went on to pick up 2100 EUR in fines for ignoring the yellow flags, speeding in the pits and crossing the white line throughout practice and qualifying.

Oriola’s day finally came unstuck when he crashed out heavily at the final corner in Q1, causing heavy damage to his SUNRED León.

Toshi Arai, who had qualified 16th on his WTCC debut, missed the scrutineering bay as he was called in during Q1, which saw the newest Chevrolet driver’s times disallowed and so he will start from the back of the grid.

Fabio Fabiani also picked up 4,000 EUR in fines for ignoring the yellow flags as well as the mechanical black flag in free practice, which was shown to him as he ignored calls to put the lights on his BMW 320si. As a result the stewards have taken the uncommon decision to not allow Fabiani to start the race, as he again fell outside of the 107% maximum time.

In total the stewards have already handed out 11,050 EUR in fines, though 2,000 of that total is suspended against SUNRED, for there being no data system on the new car on loan from BTCC team Special Tuning Racing this weekend for Hiroki Yoshimoto.