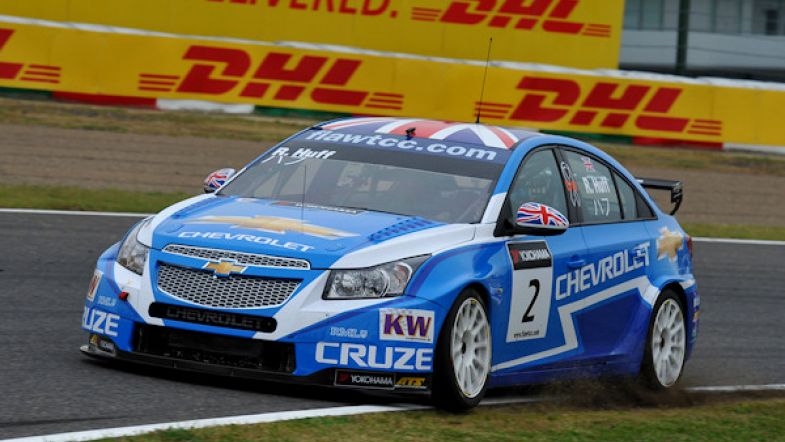 Chevolet’s Rob Huff was fastest at a wet Suzuka, just ahead of Swiss team-mate Alain Menu with the SR León of Tiago Monteiro splitting the three regular Chevrolet drivers in third.

Huff’s best time was 58.657, five seconds slower than Menu’s best time in the slightly better conditions yesterday, but quickest of all in the 30 minute session today, just 0.040s ahead of Menu.

Monteiro was third, just under three-tenths of a second back in the SUNRED León 1.6T, with Championship leader Yvan Muller fourth.

Robert Dahlgren was fifth for Volvo Polestar Racing despite missing the last 20 minutes of the session after going off in the gravel and causing the red flag.

Masaki Kano (Engstler Motorsport) and Fabio Fabiani (Proteam Racing) were both black flagged after ignoring calls by the race officials to put their headlights on in the wet conditions.

Darry O’Young was the fastest independent again in seventh. Toshi Arai struggled today in the guest RML Chevrolet Cruze and was 18th fastest, 1.2s down. The fastest Japanese driver was Yuke Taniguchi in 14th for Bamboo with Hiroki Yoshimoto 21st in the León 1.6T.