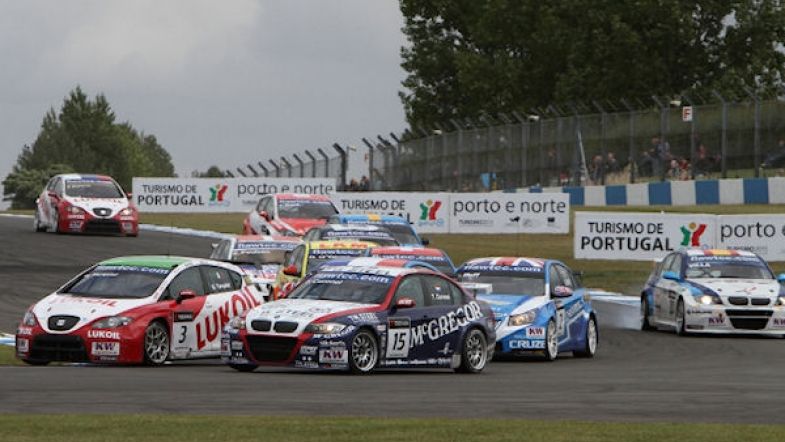 The World Motor Sport Council has released a revised calendar for the 2012 WTCC season, which brings the Morocco race forward, adds Argentina back on to the fly-away leg of the Championship, and drops the round previously scheduled at Donington Park in the UK.

Another key change is to the length of the races in 2012, which will now be run to a new maximum of 60km per race.

In terms of the calendar, the Championship will split into a European and fly-away legs as was announced on the previous calendar, with the Championship starting at Monza in March, followed by Valencia, which is at an earlier than usual date in April, as opposed to its more recent positioning of recent years in September.

The April 15th date is now occupied by the return of the Marrakech Grand Prix in Morocco, which replaces the round previously scheduled to take place in the United Kingdom at Donington Park, with no replacement round in the UK scheduled. There were rumours that Knockhill could have held the UK round in light of the recent cancellation of the 2012 Intercontinental Rally Championship event in Scotland, which is also run by Eurosport Events, but this is no longer the case.

Salzburgring, a venue which has previously hosted rounds of the FIA European Touring Car Cup, will hold a round of the WTCC for the first time in May, and will be the closest round that Germany has to a home race after the previously announced removal of Oschersleben.

Portugal will end the European leg of the Championship in June, with the event switching to Estoril as opposed to the Porto street circuit.

Argentina will host its first event in July, which will kick-off the fly-away leg. Argentina was previously scheduled to host the second round of the 2011 WTCC season at Buenos Aires, before the event was cancelled and Zolder was used as a stand-in.

The rest of the calendar is as already announced, with the Brazilian round taking place at Curitiba in July, with a ten week summer break before the Championship’s first visit to America at the Infineon Raceway, California.

Overall, the 2012 WTCC season will add four new circuits to the Championship at Salzburg, Argentina, Sonoma and the Shanghai International Circuit; whilst Britain and Germany will be absent for the first time in the Championship’s history.

The FIA European Touring Car Cup will return to its 2010 pattern, this time of four events, three of which will share dates with the WTCC calendar next year.