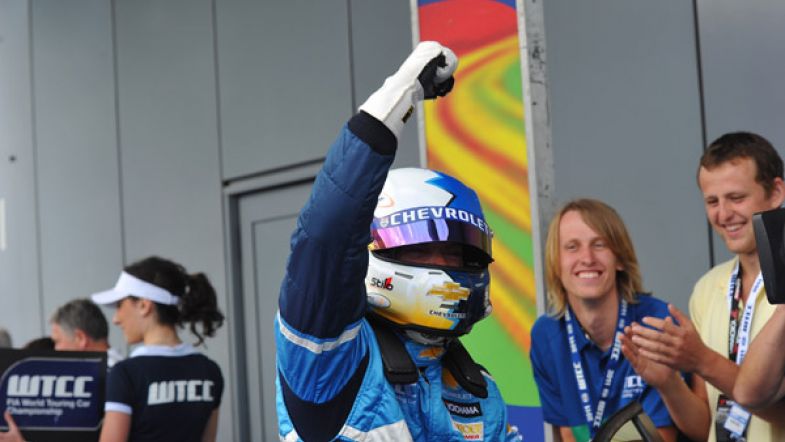 TouringCarTimes readers voted for Rob Huff as the best driver on the grid in the 2011 season. The British driver took one in four votes to finish ahead of Hungarian rising star Norbert Michelisz and Hong Kong’s Darryl O’Young.

Rob Huff finished runner-up in the 2011 championship to Chevrolet team-mate Yvan Muller by just three points with an overall score of 430 in the season, taking six victories and four pole positions.

The 32-year-old was then two-time champion Yvan Muller’s closest threat for the season, which was dominated by the Chevrolet team.

TouringCarTimes readers voted Huff as the best driver with 25.5% of the vote.

“I’m absolutely made up to be voted the best driver…it’s certainly put a big smile on my face,” said Huff.

“It’s most unexpected, but it’s certainly an award I’ve been chasing for a while. A big thank you to everyone who voted for us, and we’ll try our hardest to win it (the championship) this year.”

Huff will be testing the new improvements to the Chevrolet Cruze in Spain in the next few weeks as the team prepares to challenge for its third consecutive manufacturers’ title, though will find it tougher with the FIA Touring Car Committee allocating an additional 30kg to the Chevrolet’s base weight as well as 10kg reduction for the rival BMW teams.

“It’s very disappointing to be have that extra weight…but then I would say that,” said Huff to TouringCarTimes. “To be 40 kilos down straight away is quite harsh, but if that’s the way they want to deal with us, certainly from a drivers’ point of view we’ve got to accept that and get on with it. I know it’s one of the best cars on the grid if not the best car on the grid, and I’ll just get on and do the job.”

Norbert Michelisz, who switched to the BMW 320 TC and joined the championship one round late as the car was prepared was voted as the second best driver, with Darryl O’Young in the independently run Chevrolet Cruze of Bamboo Engineering voted in third.

Fan favourite Tom Coronel, who finished closest to the three works Chevrolet drivers in the standings was fourth, ahead of three-time champion Yvan Muller who rounded out the top five. 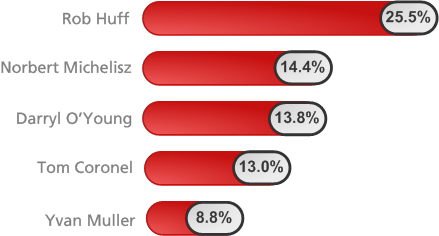