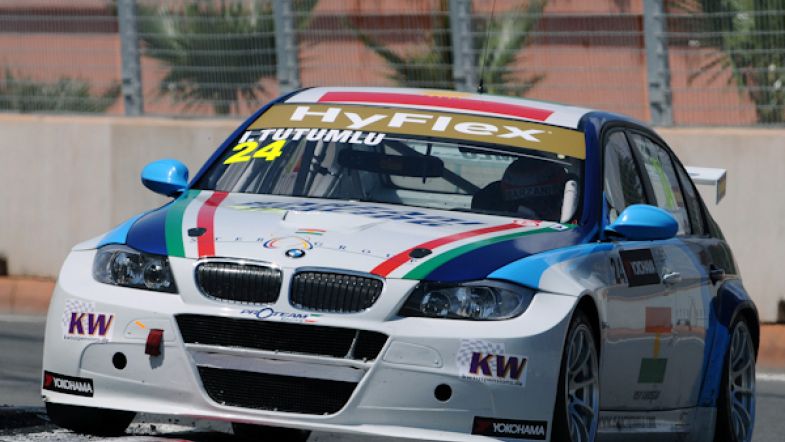 Spanish driver Isaac Tutumlu has left the Proteam Racing outfit ahead of this weekend’s round at the Hungaroring, after being forced to skip the Slovakiaring due to damage on his BMW 320 TC.

The 26-year-old driver of Kurdish origin joined the World Touring Car Championship ahead of the opening round at Monza as a last minute replacement for Javier Villa. Though he had a tough first meeting in Italy, he bounced back in Valencia, finishing in 11th place in the second race, but a crash at the start of race one at Marrakech ended his Moroccan challenge and the damage also meant he was unable to take part at the Slovakiaring last weekend.

Tutumlu blames ongoing mechanical problems with the BMW 320 TC as the reason for leaving the Championship.

“During every meeting where I have raced with (Proteam) in Italy, Spain and Morocco I had mechanical issues, no exceptions,” said Tutumlu. “My BMW 320 TC had issues such as engine, suspension or turbo over the course of the meetings and it was very hard to achieve good results in this way.”

“Proteam Racing’s mechanics made a very professional work under the circumstances for me, always trying their best to have as good car as possible…despite almost everything going wrong during the races, with very troublesome weekends, I have received a lot of support.”